Come Into the Fray with Me

Posted on October 19, 2014 by Ana Grarian Leave a comment 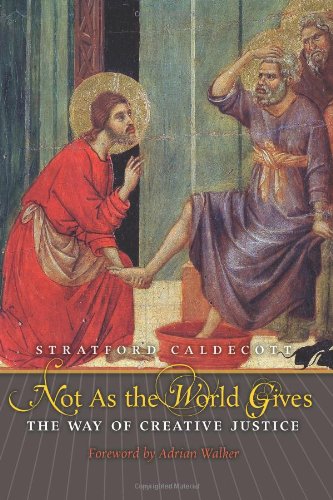 I found an article in the Englewood Review of Books intriguing in the ’problem’ it describes. (highlighting is mine)

“Within current social media, stories, videos and pictures of what the Christian society would term “hope” and “love” and “justice” frequently attain virality and become behemoths of social popularity. This is good. In fact, this is something to be celebrated by Christians everywhere. The problem mentioned earlier, however, is that Christianity, in light of the popularity of an almost “Christian” justice throughout secular society, has found itself with less and less actions and postures that it can champion as uniquely Christian. That is, if the world’s justice appears much the same as Christianity’s justice, or even better than it, the argument that Christianity offers a better world seems to weaken in impact.”

Beyond the rather jarring statement that in this increasingly violent and partisan world we have somehow come to a societal embrace of Christian values, I find it problematic that we still feel the need to promote Christianity as the best or only way to a better world. Instead of rejoicing in a society in which people, of all faiths and non, champion hope, love and justice, the author is concerned that Christianity will lose its edge.
As a lifelong Protestant who has shared a spiritual journey with so many (including a Pastor) who consider themselves to be ‘recovering Catholics’ I am heartened by the breath of fresh air that Pope Francis has brought to the world, so that we can work together without damning each other in dogmatic nitpicking. Can’t we go further and embrace all faith communities and those of no religious faith as coworkers in the herculean tasks we face?

For myself I have no desire to promote my faith as best. I am happy to share how Christianity and Protestantism works well for me, as both expression of my values, and a community of encouragement and inspiration to fulfill those ideals. I am just as happy to work alongside with and to learn from others with different perspectives. I have found that my faith has been enriched, not endangered by folks with different backgrounds, stories and celebrations.
The final line of the review highlights what I find distressing:

“Not As the World Gives” has plenty to offer all Christians, and it is a useful part of the conversation surrounding how —Christ’s Church— is going to —lead–the world into a whole new society.”

I would offer a quote from Camus:

In other words – Let’s do this together.