WASHINGTON (The Borowitz Report)—In a fiercely defiant statement on Tuesday, the White House press secretary, Sean Spicer, denied that any member of the White House staff has ever worked “in any way, shape, or form” for the benefit of the United States.

Angrily addressing the press corps, Spicer said that any allegations that members of the Trump Administration have ever acted in concert or collusion with the United States are “unequivocally false.”

TrumpCare dies, XL flies and the Secret Winner is… When RyanCare-TrumpCare finally ended up face-down in the swimming pool, triumphalist Democrats whooped and partied and congratulated themselves on defeating the Trump-Ryan monstrosity.

But deep in their counting house, counting their gold, three brothers cackled with private jubilation.

David and Charles Koch knew the day was theirs.

Joining them in the celebration was Brother Billy, William Koch, who will share in their $21 billion windfall that the President arranged for them only hours before TrumpCare crashed—when Trump announced his State Department had formally approved the Keystone XL Pipeline.

When you play chess, or Stratego if you wish, how you move each piece is crucial. Just refusing to play, or objecting to how the opponent is deceiving you, only turns you into a loser. You have to use your wits, and not just use how they are deceiving you, but use what truths they may unintentionally reveal against them.
That’s the checkmate equation.

Yes, even when Donnie tells the truth they’re half truths. But the true part should be

carefully listened to, assessed and used against him in this nasty game of political chess we’ve been forced to play due to Republicans using the Electoral College scam: get enough states under their thumb that election fraud tactics pull the rug out from the citizenry’s wishes.
A while ago Trump stated, basically, 2016 may be the last election. Oh, maybe he doesn’t mean literally, though I wouldn’t be surprised in the slightest. Maybe he means no more elections that’s aren’t like what they call “elections” in brutal dictatorships: rigged from the start. You know, the “elections” where a tyrant gets 99%, any 1% afterwards might be hunted down, tortured. More than likely, though, there is no actual 1%.
To quote Twit-ler during his few electioneering truth-telling moments, “Rigged!!!” END_OF_DOCUMENT_TOKEN_TO_BE_REPLACED 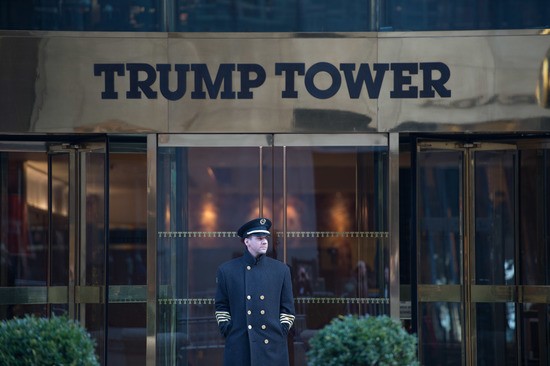 The FBI did wiretap Trump Tower in 2013—because it’s filled with Russian mobsters. The FBI was particularly after Russian mafia boss, Alimzhan Tokhtakhounov, whose money-laundering ring was bringing millions into the US from former Soviet republics. And where did these money-laundering mobsters chose to set up shop?

Some of the Russian mafia figures worked out of the 63rd floor unit in the iconic skyscraper — just three floors below Trump’s penthouse residence — running what prosecutors called an “international money laundering, sports gambling and extortion ring.”