Posted on November 25, 2020 by Ken Carman Leave a comment Just in time for Thanksgiving the Trump administration; despite a half heart-ed

ABOUT DAMN TIME willingness to share info with the incoming, is still busy trying to turn 2020 election into a stinky, inedible turkey. My mind goes back to when I tried slowly broiling a turkey one T-Give. The temp was so low it came out both fowl and foul. Even the dogs wouldn’t touch it. I buried it. Some beastie dug it up: then also refused to eat it. Due to a noxious aroma it became known as “dirty diaper turkey.”
How apt as a Trump analogy. If only we could bury the dirty diaper turkey of an administration’s past 4 years, or even just the next month and a half. We sure buried a lot of their victims from COVID, to kids and their parents kept in separate cages, or trailers under the sun. Think I’d rather have eaten that dirty diaper turkey and have my stomach pumped than have the nation go through that.
At this point challenging the 2020 election is about as palatable as that turkey. END_OF_DOCUMENT_TOKEN_TO_BE_REPLACED

Florida Gov. Ron DeSantis has extended an order that bans localities in the state from enforcing mask mandates, seen as one of the simplest and most effective government measures to slow the spread of coronavirus, even as data shows the strain on the state’s health care system continuing to worsen. 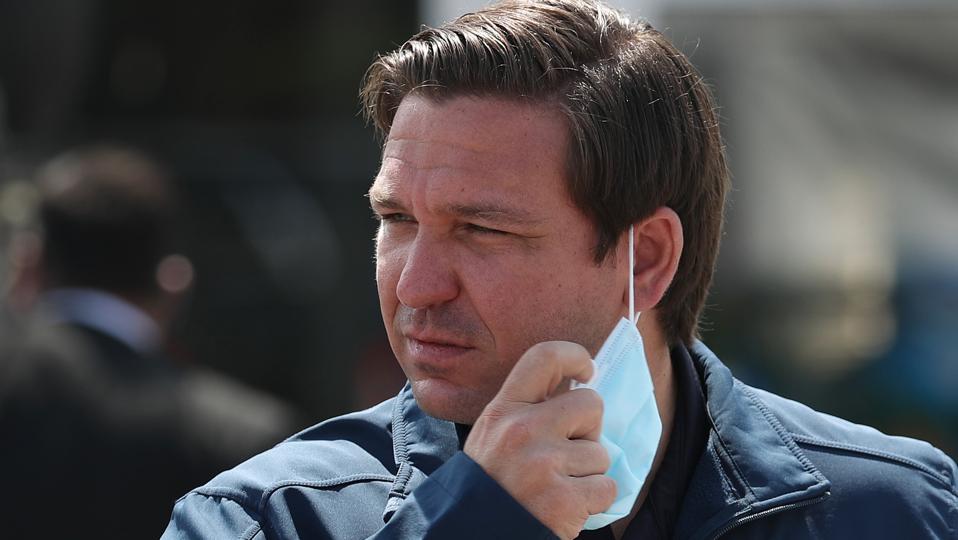 The man’s voice shook with rage as he accused the Nevada Secretary of State’s Office of throwing the election to President-elect Joe Biden. He offered no evidence but included a string of insults, expletives and slurs.

The message, received within days of the election, was one of an “abnormal” number of threats to election officials and ballot counters across the country compared to typical presidential races, said Benjamin Hovland, the chairman of the Election Assistance Commission, a bipartisan federal agency that assists state governments with election administration. These threats continued to accumulate as President Donald Trump refused to concede defeat, two weeks after polls closed — despite Joe Biden being projected as the president-elect, based on unofficial tallies from states.

Why America is Broken: The Dark Age of Entitlement

Posted on November 23, 2020 by Steve Body Leave a comment

I’ve read all sorts of learned and faux-authoritative essays on why and how America, as we have come to know it in the past four years, has become a new age of Denial; of selective truths and alt-reality and lies unchallenged and facts denied. People far more intelligent and with it than I have proffered theories ranging from basic economic inequities and systematic rabble-rousing to active plots to unsettle democracy and subvert American principles.

I think all of these may be factors. I think that the basic motivators may be something else altogether…

Starting in the early 1960s, a fundamentally new and different way of raising children began to take root in the American psyche. Much of it traces back to one of the most revered child-rearing tomes ever published, Dr. Benjamin Spock’s Common Sense Book of Baby and Child Care. It first came out in 1946 but took over a decade to gain near-universal acceptance and, when it did, it changed attitudes about who and what your children were and could be forever. This is not to blame Dr. Spock for any of this. As happens with so many great ideas, once placed in the hands of average humans, they’re misinterpreted, perverted, and run straight into the ground.

Children raised roughly before 1960 were given the Conventional Wisdom: Life isn’t fair, you make your own luck, you have to work to get ahead, you respect your elders, you don’t talk back, and you work HARD in school and then in whatever job you get and don’t get too ambitious. In my native South, there is an old axion which I came to heartily despise: “Don’t Rise Above Your Raising”; basically a reminder not to become arrogant and superior if and when you succeed at life and always honor your origins. Both great sentiments. But – see ‘running into the ground’ dynamic – far too many more ignorant types took this to mean that no children should EVER try to do better than their parents, no matter what sort of human jetsam they may be.

But the vast majority of younger American parents adopted Spock’s philosophy: build children UP instead of tearing them down. Give them a sense of self-worth. Give then a voice in their own upbringing. Let them know that, whatever they decide, you’ll be behind them. Again, ideas that are hard to argue with…and few people did. END_OF_DOCUMENT_TOKEN_TO_BE_REPLACED

(Reuters) – The North Carolina Republican political operative at the center of an absentee ballot fraud scheme that led the state to order a rerun of a congressional election was arrested and charged with obstruction of justice on Wednesday, officials said.

Allegations that operatives working for Dowless illegally collected, and sometimes filled in, absentee ballots on behalf of Republican Mark Harris’ campaign emerged shortly after the Nov. 6 election. They caused the state to hold off certifying Harris’ apparent narrow victory over Democrat Dan McCready.