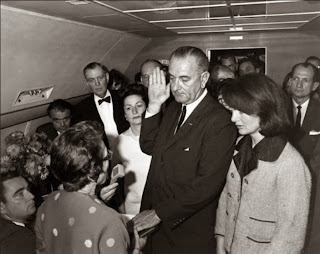 Friday will be the fiftieth anniversary of the assassination of John Fitzgerald Kennedy, our nation’s 35th President. There will be remembrances and memorials, and of course numerous rehashings of theories about how he died and who killed him. Count on ALL mainstream media to support the official version, that a “lone gunman,” Lee Harvey Oswald, committed the crime. 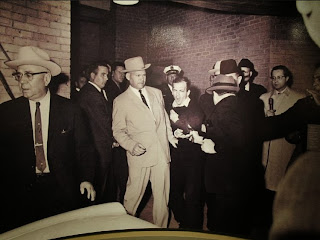 Maybe, maybe not. Credible evidence exists that the Mafia and/or the CIA were involved in Kennedy’s death, in addition to or instead of Oswald. We’ll likely never know, and at this point would have doubts no matter what we are told. The one thing we do know is that our President was murdered, and the country has not been the same since.

Of course, it wasn’t going to be the same anyway. The march of history is unstoppable, and most of the changes since Kennedy was alive would be happening anyway. Still, we can muse. PBS’s Frontline is airing a couple of old documentaries about Oswald, and I responded to one of them thusly: