Conspiracy theories, not facts, are driving hatred of Clinton 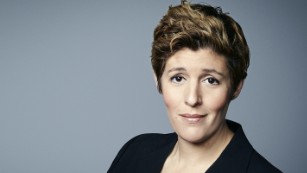 I recently met a student at the University of Wyoming who wanted to know why, during a speech, I said Benghazi is a non-issue. Because, I explained, after 33 hearings conducted by multiple Congressional committees featuring more than 250 witness appearances, and resulting in hundreds of pages of published reports, no evidence of wrongdoing — either by Hillary Clinton or the State Department more broadly — was found.