When Obama Was Elected: An Outpouring of Hate in 2008 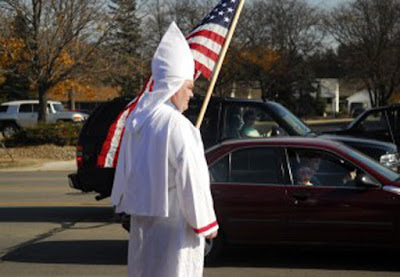 I’m in the middle of writing my manuscript, Alt America: The Rise of the Radical Right in the Age of Trump (due out this summer from Verso Books) and I wanted to share this excerpt (derived from previously published text) to remind people that what is happening now with regard to the recent outbreak of hate crimes is starkly reminiscent of what happened immediately after Barack Obama’s election in 2008.

And yes, I’m offering this somewhat in repudiation of the Trump defenders who are angry about anti-Trump protesters taking to the streets immediately after Trump’s election without “giving him a chance.” It’s true that it took several more months before we saw “Impeach Obama” and “Where’s The Birth Certificate” signs showing up at Tea Party rallies, but then, it did take awhile before the Koch Brothers and other corporate sponsors who footed the bill for those events to get their acts together. (And no, there is not a scintilla of evidence that George Soros is funding the current anti-Trump rallies.)