Trump Impeachment Is a McCarthy-Era Turning Point — Can The U.S. Survive? 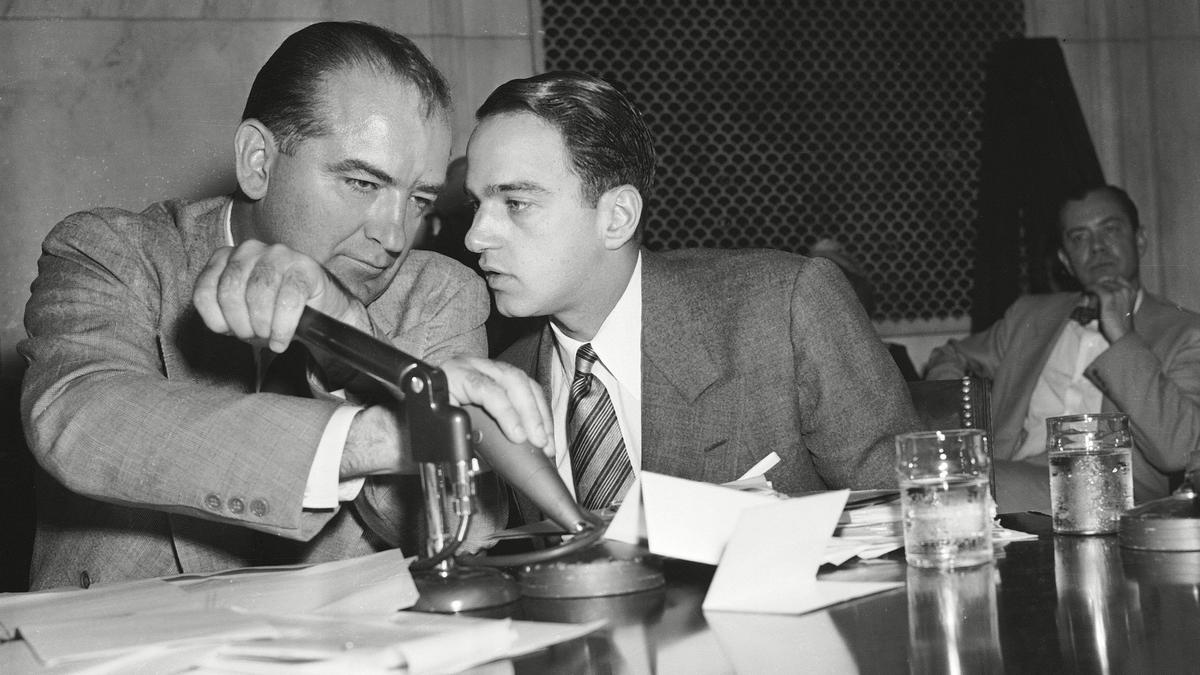 Last week, we learned more about the White House’s smear campaign of U.S. Ambassador Marie Yovanovitch and other American public servants,whose only offense was to do their jobs as loyal Americans. While watching, I was reminded of the 1954 Senate Hearings undertaken to shine a public spotlight on Senator Joseph McCarthy’s campaign to smear the reputation of the U.S. Army by accusing it of being “soft” on Communism and harboring “card carrying Communists” among its ranks. McCarthy launched an investigation and didn’t care whether there was any factual basis for such an investigation or whether the investigation turned up anything. Similarly, Trump’s bogus claims against the Bidens, and his attempts to destroy Ambassador Yovanovitch’s reputation, and the reputation of the Ukrainian government, were strictly for purposes of his own personal and political aggrandizement. It didn’t matter whether there was any real basis for these charges.

The similarities continue. McCarthy had Roy Cohn by his side, a master in the black arts of smear campaigns who later would mentor the young Donald J. Trump in those same techniques. Now Trump has Rudy Giuliani who helped hold military aid to Ukraine hostage in order to win political points with the Kremlin by casting blame on Ukraine for Russia’s interference in the 2016 elections. Giuliani and Trump’s campaign would also get a boost from their extortion of Ukraine when it committed at the time to announce a bogus investigation of Trump’s then-leading political adversary in the 2020 election.

Amazingly, the scheme would have succeeded but for the public disclosure of the Whistleblower’s complaint, which caught Trump and his motley crew red-handed, forcing them to release the military aid. But despite The White House’s cries of “no harm, no foul,” America had one of its first-rate ambassadors, Marie Yovanovitch, thrown to the wolves and her reputation tarnished, all because Giuliani and his henchman Lev Parnas were telling Trump that she was one of the “deep state” enemies standing in their way.

On the tape recording recently released by Parnas’ lawyer, Trump can be heard giving the order to fire Yovanovitch. But just recalling her from Kiev to Washington was not enough. Trump and Giuliani – like McCarthy and Cohen before them – have the inexorable impulse to try to humiliate and destroy anyone who has the audacity to stand up to them, or to stand up for what is right. Trump even felt compelled to go off-message in his fateful July 25th phone call with Ukraine President Zelensky to suggest that Ambassador Yovanovitch would be facing unspecified future penalties for her “disloyalty” to Trump.

In the end, it was Senator McCarthy’s vindictiveness and gratuitous cruelty that led to his downfall. The dramatic climax of the 1954 hearing came when McCarthy turned his sights on the Army’s counsel, Joseph N. Welch, accusing one of Welch’s young lawyers of being a member of a Communist front organization. Welch interrupted McCarthy’s attack, demanding that McCarthy “not assassinate this lad further.” Welch added: “Senator, you’ve done enough. Have you no sense of decency, sir? At long last, have you left no sense of decency?” McCarthy never recovered, and he was eventually censured by the Senate for his destructive and irresponsible demagoguery.

The ongoing impeachment trial in the Senate is unlikely to result in any sudden break in the “Trump fever” that Senate Republicans seem to be suffering from. Since they are all reasonably intelligent men and women, these Senators must know in their hearts that Trump is completely guilty of charges set forth in the two Articles of Impeachment and deserves to be evicted from the White House. However, due to their misguided sense of “loyalty” or just as a reflexive act of political self-preservation, the Republican-controlled Senate will, in the end, give Trump a free pass to continue to do damage to our democratic institutions for the remainder of his term and, quite possibly, for the next four years.

But it is worth recalling that Senator McCarthy also survived the 1954 Senate hearings, although his reputation and standing were fatally tarnished in the process. It marked the beginning of the end for him, and McCarthy was censured by the Senate shortly thereafter. Since “past is prologue,” will the current impeachment hearings also mark the beginning of the end in the curious case of Donald J. Trump? Only time will tell.

But just as Joseph Welch effectively called McCarthy out in 1954, so too did Chairman Adam Schiff late last Thursday night when he recalled how Colonel Vindman told House lawmakers that unlike in the former Soviet Union, “right matters” in the United States.

Adam Schiff’s electrifying words that Thursday night are the stuff of history. But the jury is out on whether his words – or the overwhelming case against Trump made by the House Managers—ends up making a difference. For our sake and that of our Republic, let’s hope the answer is yes.

This work is licensed under a Creative Commons Attribution-Share Alike 3.0 License. Feel free to republish and share widely.