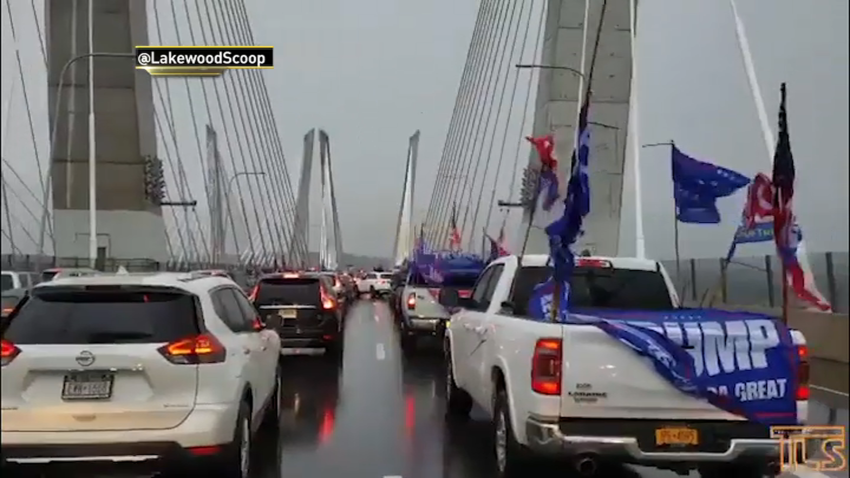 The first tri-state caravan was spotted in New Jersey around noon when vehicles were seen stopped on the Garden State Parkway near Lakewood. The group’s exact number was not clear, but multiple videos suggest the number was at least a couple hundred.