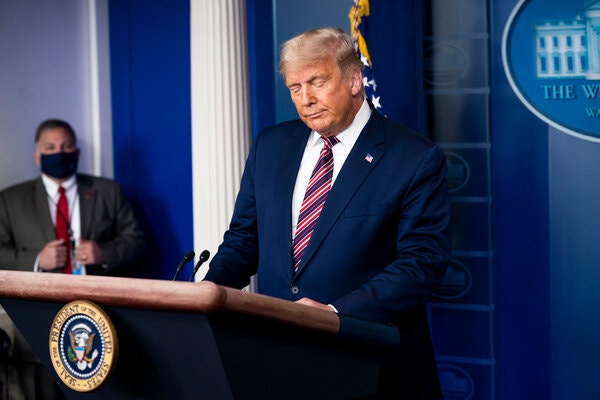 The three big broadcast networks — ABC, CBS and NBC — cut away from President Trump’s news conference at the White House on Thursday as the president lobbed false claims about the integrity of the election.

Mr. Trump timed his appearance to air during the networks’ evening newscasts, which draw the biggest collective audience in TV news. But the anchors broke in after a few minutes to correct some of his falsehoods.