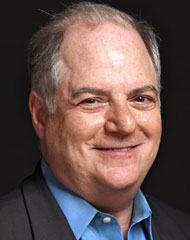 CARL Paladino began his New York gubernatorial campaign by bragging he’d “clean out Albany with a baseball bat.” When an ally likened his main Albany target, the (Jewish) leader of the State Assembly, to “an antichrist or Hitler,” he enthusiastically endorsed the slur. We also learned of Paladino’s repertory of gag e-mails — among them a pornographic picture of a woman having sex with a horse and a photo of an African tribal ritual captioned “Obama Inauguration Rehearsal.” How blind we were not to recognize that his victory in a Republican primary under the proud Tea Party banner was inevitable.

A week ago New Yorkers were presented with a vivid reminder of how a bat can be used as a weapon. A pack of young thugs was charged with torturing three men in the Bronx for being gay, one of whom, The Times reported, was sodomized with “a small baseball bat.”