I Was Fired as Navy Secretary. Here’s What I’ve Learned Because of It

he case of Chief Petty Officer Edward Gallagher, a Navy SEAL who was charged with multiple war crimes before being convicted of a single lesser charge earlier this year, was troubling enough before things became even more troubling over the past few weeks. The trail of events that led to me being fired as secretary of the Navy is marked with lessons for me and for the nation.

It is highly irregular for a secretary to become deeply involved in most personnel matters. Normally, military justice works best when senior leadership stays far away. A system that prevents command influence is what separates our armed forces from others. Our system of military justice has helped build the world’s most powerful navy; good leaders get promoted, bad ones get moved out, and criminals are punished.

Posted on November 26, 2019 by Ken Carman Leave a comment going into the bucket.
Republicans and the president like to make much of thousands, yes even millions, of illegals voting. Fine: prove your case. Not just one, two, three voters voting where they shouldn’t, or attempting to vote twice… in a nation of how many legal voters? Let’s see the pictures or videos of hundreds of provable illegals pulling up to a precinct and voting. Hear from hundreds of poll workers saying, “Yeah, I knew they shouldn’t be voting, they weren’t on our lists, had no card, but I was told I had to allow them to vote.” Provide proof or BUGGER OFF. END_OF_DOCUMENT_TOKEN_TO_BE_REPLACED

Watch the preview of the first of our series of film reports, The Purged: The Vanishing Voters of Trump’s America. 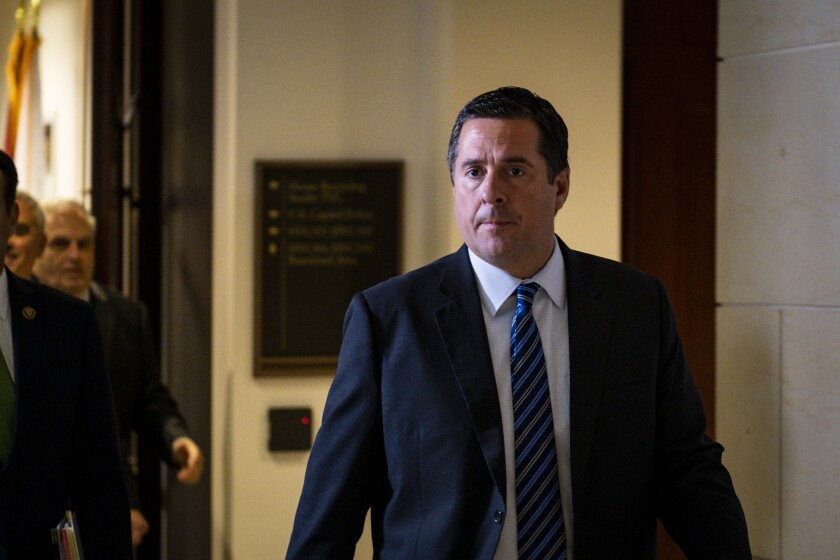 It’s been a big legal year for Republican U.S. Rep. Devin Nunes of Tulare, who once co-sponsored the “Discouraging Frivolous Lawsuits Act.”

¤ Twitter and a couple of parody accounts, including @DevinCow, who has called Nunes “a treasonous cowpoke.” He is asking for $250 million to assuage his hurt feelings.