Storming The U.S. Capitol Was About Maintaining White Power In America 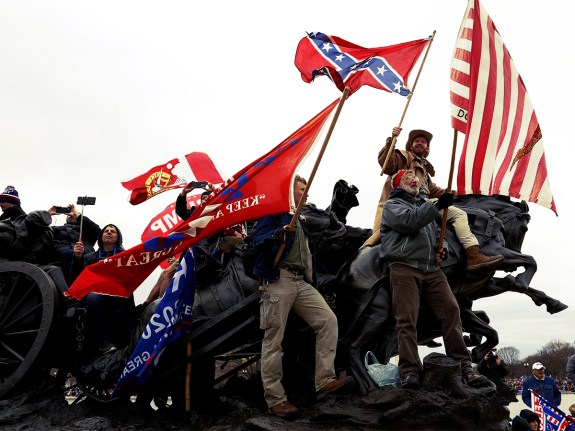 On Wednesday, after weeks of refusing to accept the outcome of the election, President Trump’s supporters stormed the Capitol of the United States as members of Congress were meeting to carry out their duties to certify the election results and confirm Joe Biden’s victory.

Much will be said about the fact that these actions threaten the core of our democracy and undermine the rule of law. Commentators and political observers will rightly note that these actions are the result of disinformation and heightened political polarization in the United States. And there will be no shortage of debate and discussion about the role Trump played in giving rise to this kind of extreme behavior. As we have these discussions, however, we must take care to appreciate that this is not just about folks being angry about the outcome of one election. Nor should we believe for one second that this is a simple manifestation of the president’s lies about the integrity of his defeat. This is, like so much of American politics, about race, racism and white Americans’ stubborn commitment to white dominance, no matter the cost or the consequence.

(Nanowerk News) Metallurgists have all kinds of ways to make a chunk of metal harder. They can bend it, twist it, run it between two rollers or pound it with a hammer. These methods work by breaking up the metal’s grain structure — the microscopic crystalline domains that form a bulk piece of metal. Smaller grains make for harder metals.

Now, a group of Brown University researchers has found a way to customize metallic grain structures from the bottom up. In a paper published in the journal Chem (“Bulk Grain-Boundary Materials from Nanocrystals”), the researchers show a method for smashing individual metal nanoclusters together to form solid macro-scale hunks of solid metal. Mechanical testing of the metals manufactured using the technique showed that they were up to four times harder than naturally occurring metal structures.

The Nazification of the Republican Party

After World War II, the Nazis who helped Hitler rise to power and murder millions of people, including at least 6 million Jews, were put on trial to send a warning to the world. Not all of them faced a judicial process, but enough were not protected by their high status, official offices, or claims of “innocence” and “patriotism.” Power through violence was the only language they spoke—not justice, not freedom—and they were held accountable. These criminals faced a tribunal at Nürnberg (Nuremberg) so momentous that the disgraced word “Nazi” is forever attached to those who participated in and enabled their horrific crimes.

After the war, Germany banned Nazi flags and neo-Nazis. In fact, the only way that Nazi paraphernalia got into Germany was through smuggling from other countries such as the United States, like from Nazi propagandist Gerhard Lauck in Nebraska, the man called the “Farm Belt Führer” who served four years in a German prison for distributing banned pro-Nazi materials throughout Europe.

Biden rolls out ‘full-scale, wartime’ coronavirus strategy, including requiring masks on some planes, trains and buses

In a 200-page document released earlier Thursday called “National Strategy for the Covid-19 Response and Pandemic Preparedness,” the new administration outlines the kind of centralized federal response that Democrats have long demanded and that President Donald J. Trump refused.

Calls for unity were already fraying a day into the new administration. On Capitol Hill, Representative Steve Scalise, the No. 2 House Republican, accused the Biden team of offering “old Washington spin.” And the new president took a shot at his predecessor, saying, “For the past year we couldn’t rely on the federal government to act with the urgency and focus and coordination that we needed, and we have seen the tragic cost of that failure.”

Eugene Goodman, a Capitol Police officer who diverted the mob during the riot, escorted Harris 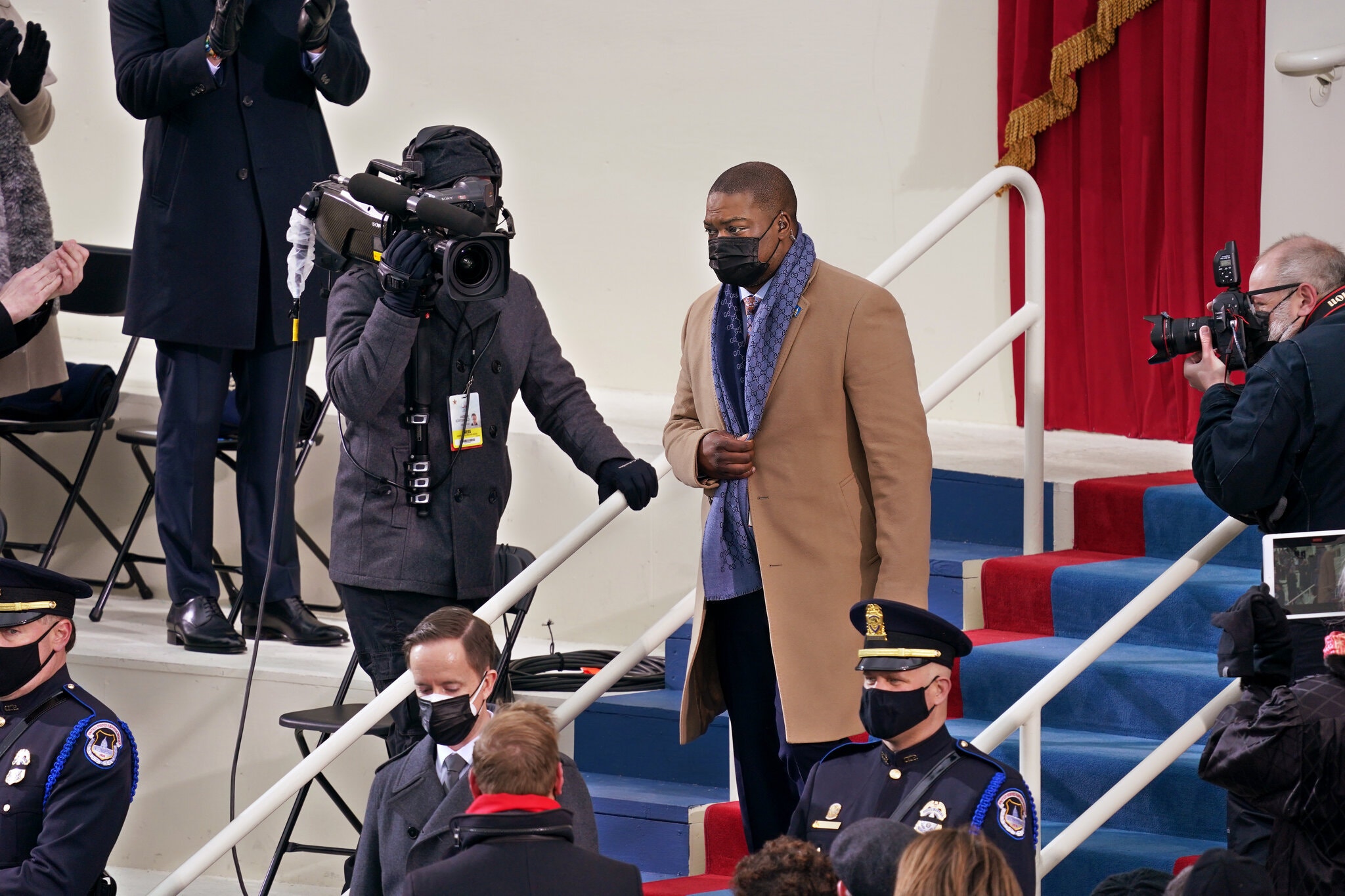 Eugene Goodman, a Capitol Police officer who was captured on video facing down members of the mob that breached the Capitol on Jan. 6 and diverting them from entering the Senate chamber and potentially saving lives, was elevated to serve as the No. 2 security official in the Senate for the inaugural events on Wednesday.

As the acting deputy Senate sergeant-at-arms, Officer Goodman, a Black man who fended off a mostly white throng, was part of the official escort accompanying Vice President Kamala Harris to the platform outside the Capitol where she was sworn into the nation’s second-highest office.