What About Militant Money?” 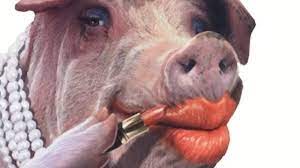 Last night President Joe Biden, said something we haven’t heard since Abraham Lincoln. That our democracy was in danger from insurrection. And as, incredible as it is, the real core issue is exactly the same, racism. They have put more and fancier lipstick on that pig, but it’s the same pig. Driven by much the same narcissism-driven mental illness. If you wonder why Trump has become their demi-god, it’s because they share the same narcissism. Kind of the birds of a feather sort of thing. Convinced by a malignant mental illness of their faux superiority. But even with that being as it is, it is those that throw gasoline, on that narcissism fire that create the monster, we now must deal with. Yeah, the guys with guns are dangerous, but what about those with the giant checkbooks, that fund the lies that drive them on?

The best known are the Koch family and their network of billionaires that pay for lies. They push the false narrative that money equals free speech. We can never beat the insanity unless we end those that pay for it! That is the simple truth of things. Propaganda does sadly work. Those that are susceptible to their crazy, are fed it hour by hour, feeding them the story that they shit out to become the Donald Trumps of this nation. We have to look beyond the militants to the militant money behind them!
RC Romine