Why the Arpaio Pardon Matters 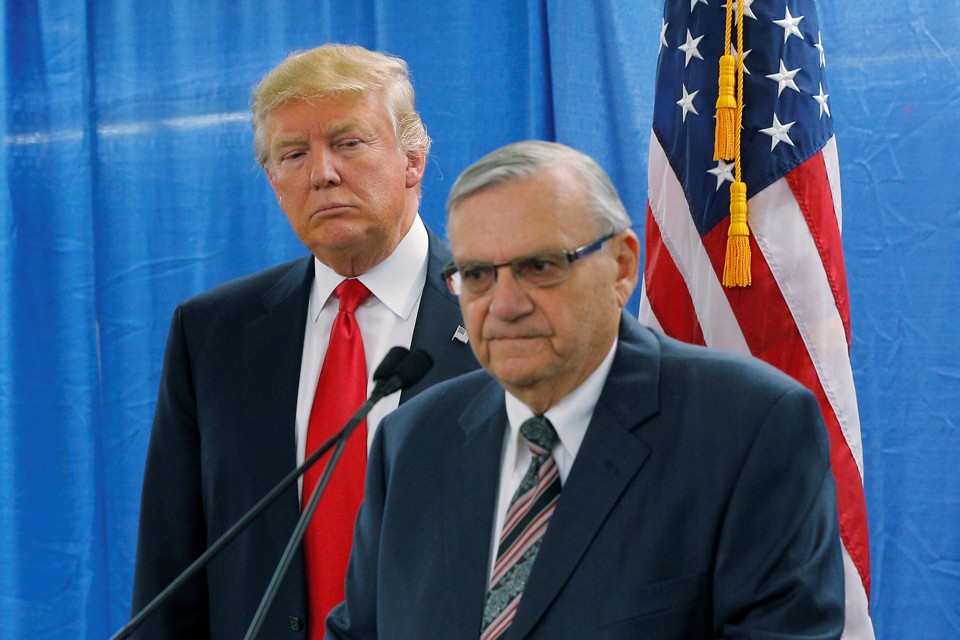 Presidents issue pardons for a wide variety of reasons. The highest-profile pardon cases, though not the most numerous, are political:

The first President Bush pardoned several officials who took part in the Reagan-era “Iran-Contra” affair, which involved the covert sale of arms to Iran to fund right wing rebels in Nicaragua. These included the former secretary of defense, Caspar Weinberger; the former national-security adviser, Robert McFarlane; and a former State Department official, Elliott Abrams. Gerald Ford issued the single most significant politics-related pardon: that of his predecessor, Richard Nixon, who had resigned as president to avoid the inevitability of being impeached. Jimmy Carter pardoned Vietnam-era draft-law offenders as a class.