YOS Productions Presents: The All Too Well Known TAILS of Hands Not So Christian Anderson

Posted on April 2, 2010 by Ye Olde Scribe Leave a comment

With Apologies to Hans and all those good, well meaning, faithful priests out there Image of Saint Handdownyourpants performing one of his ‘sacred’ ceremonies courtesy seeitornot.faketrix.com

A Semi-historical fiction biography: composite of several potential NAMBLA members. Courtesy of Benny the Rat and the pedophile protection racket set up by the last, and other, poops… ah, POPES.

He was born Hands “Christian” Catholicson.

He became known as Father Handdownyourpants, named after some long forgotten Saint who loved to fondle a statute of St. Christopher. He was well known for his Fairy Tails. No, not stories: his “love” for little boys and girls. He enjoyed reading the other kind of “tales,” like one about two cities. He kept the book closer to his heart than the Bible. He even read this classic literature to those he “loved” while performing certain acts, citing classics passages like, “It was the best of times, it was the worst of times,” because it is said he loved his Dick… ins.

Tales about his many acquisition of young tail abound within the church: like (I’ll Keep My) Thumbelina-you, The Little Princess Who Peed on Me, the Ugly F*&^ling, The FUR Tree, and the story of his life with kids: The Emperor’s New Clothes: Now Take Off Yours.

St. Handownmypants died under mysterious cirCUMstances. The little boy found in his quarters said, “He was just about to… and this guy with long hair, a beard, a mustache and bleeding marks on his head, his ankles and wrists, came out of no where and said, ‘what you do to the least amongst you you do to me,’ and shoved a thunderbolt up his… the Father yelped in ecstasy and then died. I hope that hairy guy returns soon. I feel safer now.”

The Vatican is currently looking for “that damn hippie who murdered our Saint.” It is said that Satan’s legions from Hell are helping.

The moral: if you like little kids in a “funny” way, God may turn you into the BUTT of HIS joke. 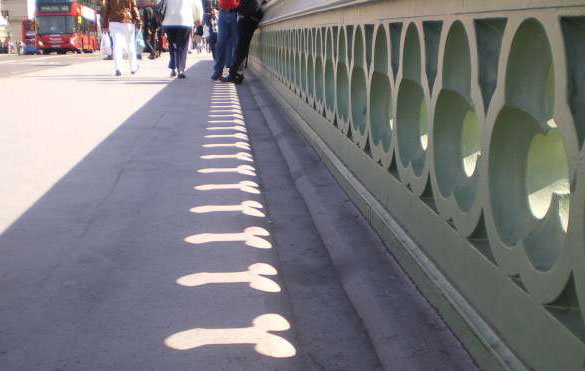