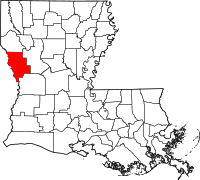 The ACLU of the state of Lousiana has filed a suit against the Sabine Parish School Board on behalf of a Buddhist family who says that their son suffered from racial discrimination at his school. The boy’s teacher told other students in his class that Buddhists were “stupid” and encouraged the other children to laugh at him. – See more at:

The person figuring most prominently in the suit is Negreet High School teacher Rita Roark. Roark teaches students that evolution is “impossible” and that the Bible is “one hundred percent true.”

Scott Lane, the step-father of the boy “C.C.”, who has been a Buddhist all his life, told the ACLU this about his son’s experience at the Louisiana high school:

On a science test, their teacher had included a fill-in-the-blank question: “ISN’T IT AMAZING WHAT THE _____________ HAS MADE!!!!!!!!!!!!!!!!!!!!!!!!!!!!!!!!” When my stepson didn’t know the answer (“Lord”), she belittled him in front of the entire class. When he wrote in “Lord Buddha” on another exam, she marked it wrong. As she was returning that exam to students, one student proclaimed aloud that “people are stupid if they think God is not real.” In response, my stepson’s teacher agreed, telling the class, “Yes! That is right! I had a student miss that on his test.” The entire class broke out in laughter at my stepson.