For the Media Bernie is the MOST Dangerous Candidate 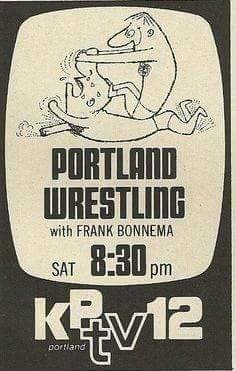 It’s been suggested by Peter Sage and others that the corporate media would cover Bernie wall-to-wall the way they did Trump if Bernie drew as many viewers. I disagree with that statement.

Joe Biden gets loving and affectionate coverage from the corporate media and lots of it. Trump gets massive coverage as well, not as fawning as Joe’s, but very effective, like the attention the bad guy in a pro wrestling match gets (excellent hype). The attention that the two of them together get, sells tickets. Bernie’s coverage by the corporate media is angry and negative. Bernie Sanders is covered like he’s the guy who might wreck their big show. The corporate media has a product to sell and they sure as hell aren’t going to allow Bernie Sanders to take the shine off that.

Sanders really has star quality and millions of voters participate in his rallies. Back in 2015/16 folks just never saw Sanders on TV and he wasn’t given time in the last debate either. The corporate media has other reasons for doing what we call “The Bernie Blackout”.

The corporate media has a product to sell, they’re wedded to the profit motive, not to policy. The corporate media are simply divisions of multinational corporations that are solely responsible to their major shareholders not to American working families. It really doesn’t matter how many eyeballs Bernie attracts to TV screens because he represents a uniquely different kind of existential threat to the corporate bottom line.

3. Money in politics. These public relations divisions (ABC, CBS, NBC, FOX TV and CNN) of multinational corporations are terminally hooked to the reliably cyclical revenue gushers that they depend on every campaign season. Billions of dollars from political campaigns turn their bottom lines black for many months before elections. Bernie Sanders will fight for REAL campaign finance reform that would hurt profitability. Election season for these guys is like Christmas season for toy stores. REAL, MEANINGFUL campaign finance reform would be like banning Christmas for the corporate media.

The corporate media’s marketing strategy comes straight out of the 1960’s pro wrestling promoter’s playbook, “just send out two fat old white guys pretending to hurt each other.” The show must go on. Bernie Sanders threatens that status quo.

From the standpoint of the corporate media, Bernie Sanders is the most dangerous candidate. Bernie Sanders must be stopped, regardless of how many eyeballs he may bring to the screen.