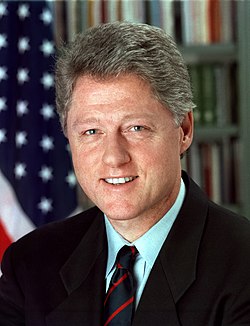 Douglas Band, counselor to former President Bill Clinton, said in a statement:: “President Bill Clinton was admitted to the Columbia Campus of New York Presbyterian Hospital after feeling discomfort in his chest. Following a visit to his cardiologist, he underwent a procedure to place two stents in one of his coronary arteries. President Clinton is in good spirits, and will continue to focus on the work of his Foundation and Haiti’s relief and long-term recovery efforts.”

Clinton, 63, was transported to Columbia Presbyterian Hospital in Manhattan for a condition related to his heart.

ABC News’ chief political correspondent George Stephanopoulos reported that sources said he was taken to the hospital “most likely for a stent procedure.” (This was confirmed by CNN and the procedure has already taken place.)

Sources on Capitol Hill tell ABC News that Secretary of State Hillary Clinton was seen leaving the Oval Office a short time ago and did not seem “too concerned” or “in a rush.”