Inspection- They Died in Vain? 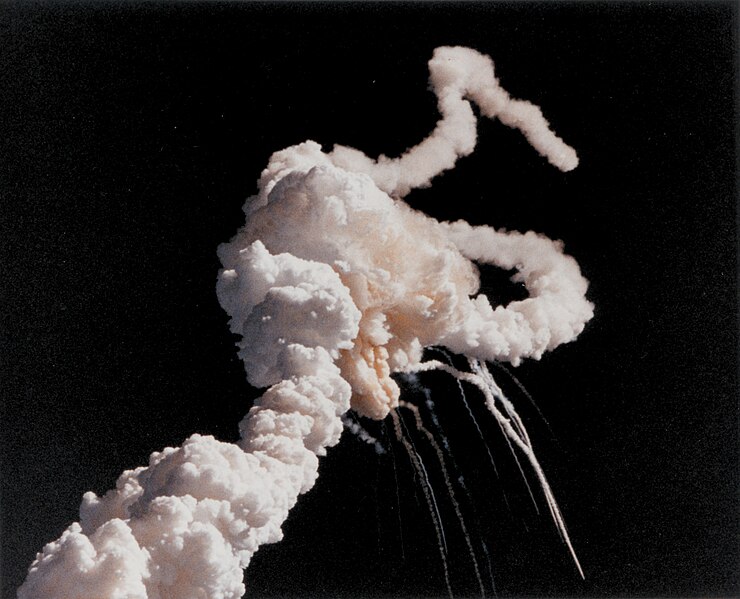 “I’m sorry. We can’t afford that. We’ll just toss a note in a bottle and, if anyone responds, we’ll toss in more and maybe start up a conversation. That’s a whole lot cheaper and if there’s anything out there worth bothering with it’s more cost effective. Besides: sailors sailing the seas is too risky.”

“Space: the finalized frontier. Why the hell did we even bother?”

I have argued this issue for many years and there’s absolutely no way to convince those who hate the space program that there is a need for humanity to not only dream and imagine, but to go ahead and make those dreams come true. I swear if they were next to whomever invented fire, instead of encouraging them they would have stuffed the fire right up their posterior. I mean, after all, why take all those risks? Rubbing sticks together to make fire? Ha! What are you gong to tell me next, that man can find a way to fly? Pshaw! Hunting for flammable material might get you eaten by a wild animal, it might burn down our forest, or fill the cave with smoke cave: and no one had come up with the concepts of a fire department, or cooking food, yet. Why not just stay deep in the a cave where it’s warmer, or cover yourself with the carcass of some freshly killed critter? Instant warmth!

After all: we already know what fire might do from random lightening strikes. That’s all we need to know. Why take a risk? Why even imagine we can harness the awesome power of flame?

Too late? Well, after all, we already know going beyond the speed of light is impossible. Someone came up with a theory that says so. End of story. Why even attempt to imagine beyond what we already think we know?

We already know solar power for the masses is way in the future. Why even try?

There can be no disputing the fact that if we even attempt to go beyond the speed of sound it would shake any craft we’re in apart, right?

Well, if we had to go by what we knew at any certain time being all that we can know, and all that is possible, we might as well go back to covering ourselves with smelly carcasses or living in caves. But no argument will ever convince those who are the intellectual children of Org who criticized Ugh for even thinking about managing fire that the space program is worthwhile. Not the fact that damn near every life saving device we have right now has the space program to thank for the tech that made it possible. Not that we have a finite time on this planet… and exploring, learning and visiting our neck of the vacuum-based “woods” may teach us something that very well could save humanity: if not on this planet then maybe elsewhere. Not that the cost of the space program is quite small compared with, oh less say, the military; while the return on it has improved; yes saved, lives.

None of this matters. 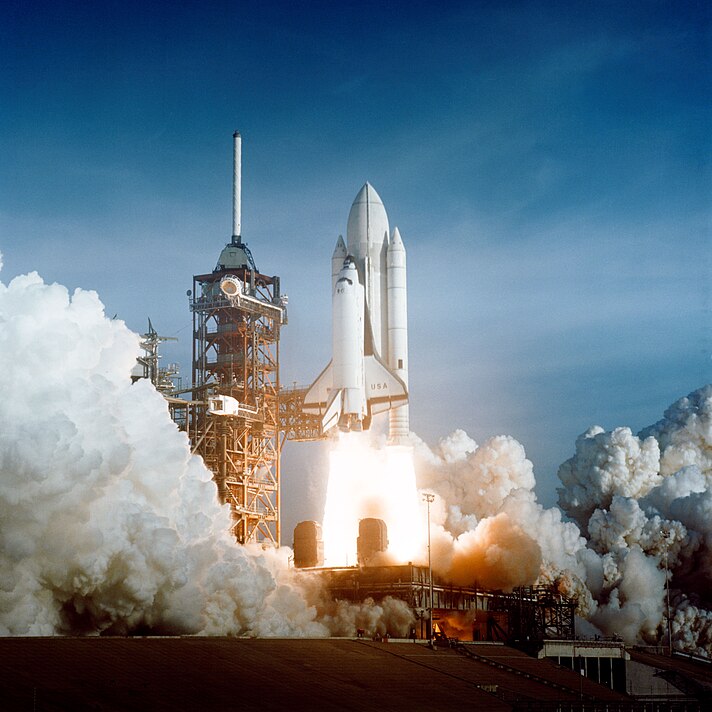 Columbia and her crew launching. Did they die in vain?

I do understand that budgets are limited. “Times are tough,” though only because of those who believe that limited government: strangled in some imaginary bathtub, is the best. But, OK, if we must cut, maybe we should stop using the majority of our vast resources to kill others? We will never kill enough of the right people to have any war that will really end all wars. There will always be more people to kill because we don’t agree or they stand in our way. And never guess what: the more we kill the more will need to be killed. We don’t need some imbecile with a black cloak and a scythe. Wars serve the purpose very well. And the war machine we have created is always interested in finding more work; if not creating it.


I’m not claiming the military has to go. Just the opposite. I’m not saying we actually will be able to end all wars; though certainly invading countries on false pretenses; ignoring the consequences we have been warned over and over about, doesn’t help. Creating a massive monetary sink hole instead of just going in to get who hit us doesn’t help either.

But disregarding both points for the moment… what I am saying is we don’t always need to have the latest toys: especially in the days when one more, or a more powerful, nuke will do nothing to stop terrorism. No, I would like to see less futuristic weapons… then better training, better pay and more diverse duties, for the military. Have them helping America meet this challenge, and our other challenges would be a great idea. And especially stop the incredibly expensive off shoring of the National Guard for the purposes of military adventurism. The National Guard: who should be guarding the damn nation… not off conquering and pacifying populations. I also think we can back off a bit from some of our drug laws and save money there too. We don’t need more prisons and more prisoners feeding off the public’s wallets. Someone with a few ounces of pot certainly doesn’t need to be on the public dole courtesy of idiots who would raise hell if they were on welfare instead.

There’s oodles of money to be saved here, and the money we do save should go into funding education, solving other problems and having a vigorous: manned (and wo-manned) space program.

Years ago President Kennedy inspired billions when he launched our space program into high gear. Like millions of other teens, I watched history as it was being made, and marveled at humanity, for a moment, stepping if ever so slightly away from looking at all our parochial earthly concerns as if they had to be only things that mattered in the universe, and the odd, ignorant, concept that what was out there in Kennedy’s “new frontier” was of little concern.

After that first step we went to the moon a few more times. We never bothered to reach beyond ourselves. Instead we claim that R2D2, or some pathetic attempt to created Robbie from Forbidden Planet is all we need. No, it isn’t: if for no other reason than inspiration. There’s a reason why the space program went from us baby boomers and parents glued to the tube to, “ho hum, another one,” to practically no one paying one damn bit of attention. We abandoned the part of the vision that actually could have taken us to Mars and beyond. Instead manned missions became barely orbital, uninspired and suspiciously military/war-making in nature. They also became spy on our own populace in nature by being very expensive shipping clerks for the CIA and, perhaps, the NSA and any other agency interested in keeping an intrusive eye on the populace. The rest was left to machines that sent back fabulous pictures. Incredible… but far, far less inspirational.

The media? Without the human element, the “going where no human has gone before” skew, they would rather focus on the inane and the artificial. Why? Because that human element, and the inspiration provided by real leaders, real explorers, is missing.

Today we would simply tell them, “Foolish dreamers. Our country doesn’t need your worthless services. Go away.” Just like we have said the same to much of our manufacturing base.

I don’t mean to pick on the current administration. I know we’ve been heading this way for a long time. And I know the current Obama policy regarding space is in flux and I appreciate the fact that Barack Obama is willing to adjust when loud protests are heard over a proposed gutting of the human element of the space program. I do think the idea of vending our to business is a real bad idea: think Blackwater. And I think that hitching rides with the Russians is like sending an open invite to more tragedies. “Russian” and “well made” are by no means synonyms. Even our astronauts have commented about this in the past on joint missions.

But to take the fight direct to a president I still support: what I’ve seen so far from a president who promised “change,” is little to no “change.” The Mars mission he so glibly spoke of is so far in the future he can yammer all he wants and never have to live up to that promise. By the time that year rolls around there will be other presidents to blame… if the public even remembers the dream at all.

Change? No, instead I have seen an abandonment of dreams and more of the same old, same old.

“No we can’t have single payer.”
“No we can’t have public option.”
“Dare to dream, America? Well give it a rest. Like your industry, jobs and labor continues to be outsourced, at best your dreams will be replaced by machines.”

I hope I’m wrong, But if I’m not, just what are you saying to the ghosts of all the brave astronauts who died while trying to help humanity reach for the stars, Mr. President. I hope it’s not…