…at least not if you continue attempting to please the radical Right. They do not deserve such respect, Mr. President. Indeed it only encourages them to go further down insanity’s superhighway.

Have you noticed, Mr. President, all the tongue wagging and shaking heads regarding your use of the media; the many times you have reached out? You do realize, being one of the smarter presidents we’ve ever had, that if you had done less reaching out to find ways to speak to all of America they’d just go back to calling you an effete’ snob like they did during the election, right?

I can hear it now…

“Look, he won’t even go on David Letterman to speak with us commoners!”

“Why didn’t he just invite the two to sit down with him and have a beer or something? Why if Joe Biden is so great, he could have make it a foursome. What elitists!”

Let’s consider a side issue here: racism. You have said this isn’t about racism. I agree. Though I have no doubt that racism is alive in America, and that racists are being pushed in a dangerous direction by certain pundits and pols, I doubt those doing the actual pushing are doing it because they are racists. No, Mr. President, the truth is far darker, more vicious and perhaps even more evil than that. So what is it about?

More than anything it’s about a party and a small, loudmouth, squeaky wheel movement, whose leaders and pundits have intentionally left civility, civilized and rational behavior behind. To them winning is the only thing; winning being defined only as monopolizing and controlling the national discourse. And the extreme Right does that very, very well.

If using racists works for against their chosen target, that’s what they will do. If claiming to be the victims of racism serves their purpose they will suddenly insist they are victims too.

Lying is appropriate and necessary if it serves the cause, as far as they are concerned. After all, if you keep claiming that Saddam never let the inspectors in, or kicked the inspectors out, enough people will start to question reality or even believe such utter lies. The true “death panels” are the insurance companies that killed the real Norma Rae recently by denying coverage. The enablers of such are those who divert attention by claiming someone else; in this case the government, has death panels planned.

Yes, pols like Sarah Palin are liars for hire by the Right, paid for by pure purveyors of propaganda like FOX and those who eagerly fund and give plenty of uncritical press to hate mongers. The payment is usually in power, contributions and a place on the national stage.

But back to racism. I certainly believe that there is an intent to enrage the racists by certain right wing pundits and pols in this country, but this goes to “anything that might allow us to dominate the national stage” mentality. During the Clinton years I remember references to the Clintons that I’m sure were intended to enrage racists. He was, after all, “Holding America hostage.”

…not Newt Gingrich who shut down Congress in an attempt to force a president to agree to his party’s agenda, or Republicans who felt the most important thing was spending massive amounts of money wasting precious time pursuing a President.

All that time; bin Laden was plotting. Even trying to take Osama out was called “wagging the dog.”

…not Vernon Wayne Howell; otherwise known as David Koresh, who could have at least let the children go at any time. 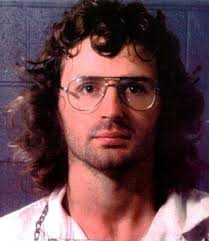 …not mass murderers Terry Nichols and Timothy McVeigh, who were so turned on by The Turner Diaries that they murdered enough people to fill a building; including a preschool full of little children. The Turner Diaries: where a heavy handed attempt to control the people, like they considered Waco to be, led to a revolution that had true believers hanging and shooting all the Blacks, all the Latinos: all non-Aryans and everyone who dared to disagree with them. They were literally lined up: town after town, city after city… all across the nation and slaughtered. This is what McVeigh and Nichols sought. This is what they dreamed of. …not mass murderers Eric Harris and Dylan Klebold who so admired Nichols and McVeigh that they held school children hostage; then brutally slaughtered them and their teachers off one, by one, by one.

You won’t find one Limbaugh or Beck who will say they support what McVeigh, Nichols, Harris and Klebold did. But you will find them framing issues for the Right to deliberately force feed an anger laced milk teat to this kind of audience, like Limbaugh recently claiming Obama was intentionally leading the country into a dictatorship because no one dares to criticize a Black man. Or Beck calling him a racist… presumably because he’s anti-White. Gee, I wonder just how much that tweaked the minds of the next McVeigh or Klebold?

Whatever it takes to enrage more people.

…especially the least stable amongst us: most willing to follow and not think for themselves.

“I will do your thinking for you.”

And while these type of pundits and pols may or may not personally be racist to the core, they willingly, eagerly: with malice, play this card… any card to their advantage: even if they have to cheat by sneaking cards into the game. That’s what lying is in debate and discussion: cheating.

They will play these cards whether it incites racists, or uses false cries of racism to beat down a Black woman who is called to testify during the Clarence Thomas mess. If need be, suddenly, they will become defenders of the Black man.

This switch so easy for them because it isn’t racism we’re dealing with when it comes to most of these pundits and pols. They are bi-political: equal opportunity abusers of freedom of speech and civility. Doesn’t matter who they verbally beat on just as long as they can make you afraid, very afraid, of someone other than them and their agenda.

Notice the cries of socialism and the listing of bail outs that “prove” Obama’s a Socialist almost always include the bank bailouts: the bailout George Bush did, not Obama. They lump that bailout in with others hoping no one will notice: making asinine excuses if they do.

Don’t forget the same pols and pundits were out immediately after 9/11 insisting the Oklahoma City terrorist attack was the work of Saddam: demanding that we must attack immediately… a wet dream they finally fulfilled after Cheney and the oil companies met to divide up the spoils: much like Hitler and Stalin.

This ability to justify “whatever” is infectious. It’s why they and their followers think talking over anyone who disagrees with them, or screaming at a town hall to the point of making the meeting come to a screeching halt, is nothing more than exercising their rights. If screaming fire in a crowded theater served their purposes, you betcha they’d be pushing an amendment to the Constitution right now and cursing the “damn Libural” Court for ruling against that so many years ago.

The irony is that the movement that once claimed to be “the moral majority” is probably less concerned with their own morals and ethics than any large scale movement in modern times.

To Beck who, along with making statements not unlike ones Osama might support and helping to incite scream and shout down anyone riots, the issue is never him and what he says. No, he always has some lame excuse like… “People are angry.”

Yes, some are. In the same sense that people who listened to Father Coughlin were angry. And for those who would rather we forget, let’s remind them: Rush Limbaugh was encouraging his followers to help start riots at the Democratic Convention in 08 like they had in 68. Riots that could easily have taken a lot of human lives. He even spent a lot of time promoting the idea that the Right help this supposed “liberal” organization’s attempt to recreate 68 on his show.

Not one of the many one cells in this giant lake filled with human scum is “Pro-Life.” Not one. When it’s to their advantage they are Pro-Hate, Pro-Fear and… Pro-Murder: all for the mere purpose of political gain. They just let others do their dirty work by doing anything they can to encourage and incite them, then slyly show their support for murder by claiming “at least there will be one less clinic and fewer abortions.”

And their followers get it. That’s why there have been multiple murders of people deliberately assassinated by Pro-Life and anti-Gay drones driven by hate talk.

A few years ago a doe died on my property mid-fawn birth in the middle of the night. I discovered this horror early in the morning walking one of my collies. When we returned with a shovel to bury it we found a swarm of bugs had come up from the underworld and had already devoured more than three quarters of it in a mere half an hour: at best. Welcome to the kind of world that has been created by right wing theocratic and Neo Con ideology. Prepare to agree or be devoured, for they have little tolerance for civil discourse, and literally no respect for truth. That’s why The Turner Diaries folks tune in so well to their message. They share a very brutal and vicious “ends justify the means” mentality.

When bullets fly they make excuses.

When the innocent die they blame the dead if it serves what they absurdly call “Pro-Life” purposes.

They build websites to honor those who hang boys from fences in Texas.

The likes of Limbaugh, Hannity, Tom Delay, Michelle Malkin, Beck, Michelle Bachmann and the rest will do little to discourage, and even tend to encourage, the kind of anger that creates this cesspool we swirling down daily: every week, every month; year after year.

This isn’t Conservative. It isn’t even Right Wing, really. It’s a “whatever it takes, and whomever we can use, to get more power and threaten those who don’t agree,” philosophy. Not just “amoral,” but intentionally malevolent: in fact gleefully so.

It’s, dare I type… quite Rove-ian in nature.

You can’t win with these folks Mr. President. You can’t win when bullies and liars will do and say anything, unless you’re willing to beat back: hard. I don’t care how much you compromise or give up. You won’t win. Never. Ever. You will lose, and so will America.

Please avoid anything resembling an open limo, Mr. President; for as long as you stay in office… and maybe even after. Remember, as I typed many times… they will use anyone; any group, encourage anger amongst the worst of humanity, just to get them where they want to go. They’ve done this for many, many years, Mr. President. They know the right buttons to push; metaphorical triggers to pull.

And sometimes, unfortunately, “metaphorical” triggers can inspire the pulling of real ones.

There’s a long history regarding the topic this edition of Inspection covers. Here’s a link.