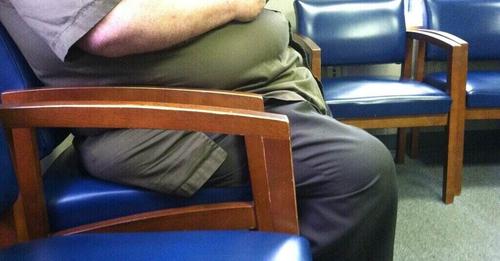 Now, I have finally made it to the final installment on Republican messaging.

Fortunately, some Democratic messaging, such as the “Don’t Say Gay” bill in Florida, and “Forced Birth” have begun to gain traction.
Nonetheless, Republicans continue to pervade the airwaves with simple yet deceptive messaging.

In their attacks on liberal American culture, they have developed messaging to convey a send of being the party of “family values,” “hard work,” “pulling oneself up by the bootstraps,” et cetera., despite evidence to the contrary.
“Right to work” laws are an example of this. What they really mean, is “right to work for less,” but it is messaged so that it seems like a good thing, as though anybody who wants to work, will find a suitable job with good pay under their leadership. Of course, that is to convey the idea to their voters that as “good (White) Americans,” their “entrepreneurial spirit” will be well rewarded. That’s what they portray being a “hard working American” as being about. Meanwhile, according to them, (Black or Hispanic) “Welfare mommas” and daddies are lazy liberals who depend on government handouts because they don’t want to work.

All of their terminology is part of an interconnected, internally consistent yet delusional world view. This includes the current hype about “Critical Race Theory,” which they claim is racist itself, rather than the fact that it is actually anti-racist and an accurate portrayal of history and its effects on current society. Ironically, the paranoia of white Republicans over this theory, is itself an effect of this nation’s racial history. Thus, instead of now mending fences and building bridges between the races, Republicans (and in particular, many of their politicians), are stoking racial paranoia and divisions as they play up the false idea that teachers are trying to make white students feel guilty about being white.

Once a person accepts this ideology, segregating oneself from “outgroups” such as liberals or racial minorities, becomes a viable strategy. This includes such concepts as “school choice,’ or for that matter, “mask choice” (as in anti-maskers), or “vaccination choice” (as in anti-vaxxers). This is seen as an expression of personal freedoms, yet, does not extend to the freedom or well-being of other people, upon whom Republicans endeavor to place various restrictions (too numerous to mention here).

All of this may amount to an unhealthy political diet, but conservatives continue to gobble it up, along with their steak and potatoes, fast food feasts and all of the other overconsumption that makes the United States the world’s most obese nation (The United States of America Has Become the Most Obese Nation in the World – Guardian Liberty Voice (guardianlv.com)).
The overconsumption of political junk food by American conservatives, I believe, eclipses even their overconsumption of actual food. As a group, Republicans have become conservative propaganda junkies. After all, people may feel full after eating, but emotionally needy people — which conservatives tend to be — never tire of hearing what they want to hear.

The Republican Crazy Train: The Emotional Appeal of Right-Wing Populism and the MAGA Cult