Inspection- An Open Letter to the Disney Corporation 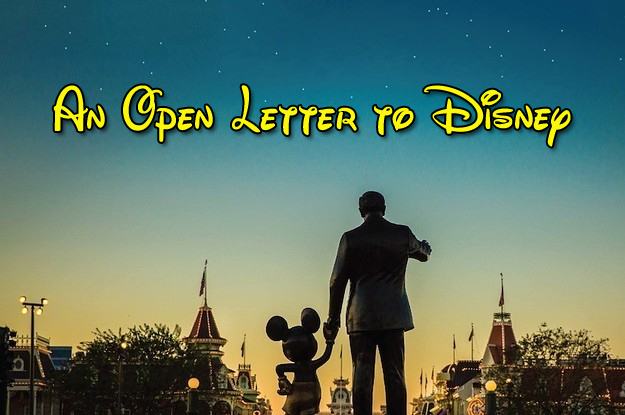 I’m sure you’re not fond of your governor right now, and I know moving would be an incredible expense. But I think I

know a state, a specific location, that really needs your business. I’m sure the pols would gleefully make all kinds of accommodations for you.
Do you REALLY want to stick around a state where the governor targets you for crass political gain? Have you seen the insane right wing posts that claim your corporation is pedophile friendly, that you (intentionally?) employ them?
My wife and I are originally from New York State: Millie is from, perhaps, the most depressed of all spots in the state: the Utica area.
I know the old World’s Fair location MIGHT seem appealing, but not enough land and parking, parking, parking? Instead there’s plenty of land in the Utica/Mohawk Valley region, and a very depressed economy. That’s why we moved out in the 70’s and moved back after we retired.
The Utica area really needs you. You could raise the Mohawk Valley area economy to far beyond what it was even before the 70’s, maybe even before the Thruway carved out a way for potential customers to breeze by rather than route 5 or 5s, the last home to plenty carcasses of dead factories. There are plenty of job hungry applicants there, and you would be attracting very talented young folks.
One option would be between Herkimer and Utica. Patrons could access Mohawk Valley Disney via Herkimer OR Utica exits.
And I know Thruway authority would be eager to accommodate you. Maybe a special exit that also provides a brief tour of all the area might have to offer from a new, vastly improved, economy? Hey, here’s another idea. They went WAY out of the way to reroute an exit for the mud project. Maybe that could be used to provide access? Somewhere between Marcy and Rome, NY?
Taxes? Yeah, they can be very high. However, as I’m sure you know, pols are always eager to make deals to bring in business, and the Utica area may be the most hungry areas I know of in Upstate, NY. While more conservative than, say, NYC area, generally you don’t get the insane intensity you get in the South. Plenty of places in Mississippi, Alabama, Tennessee, Kentucky, Louisiana that would like this; but you’re likely to get the same treatment as Florida.
Utica was once considered for being the capitol of the state, but never happened. It’s the center of the state, and there’s nothing like you there. The closest would be The Enchanted Forest and that’s about 60 miles away: an Adirondack park that these days is more water slide-based. Frankly I see that as an opportunity for the two parks promoting each other: tickets that open both castle doors to both Mickey and Paul Bunyan.
A great opportunity for all.
Plenty of poor farmers, and others, who I am sure would be willing to sell you more than enough land. In this depressed area you’d probably do well, cost-wise, and they could use the money.
What do I get out of this? Oh, nothing, except something very goofy with a small “g,” but by absolutely NOT “Goofy” with a big “G.” Granting me this wish would give a very un-Disney like gesture aimed at the governor of the state of Florida, and the movement that’s gleefully kicking Mickey in the posterior. Those joyfully targeting you and your employees. Those who use hate and fear to slander whole groups like teachers, your workers, Disney management.
So just blame me. After all: I made the suggestion. And I’m OK with that.
Oh, and since they took self governance away from you, I suggest you just leave and clean up nothing. It’s THEIR mess now. Or if they try to charge you tell them you have a bill for the governor. Give him one. Sue if he won’t pay.
He created the problem: it should be his problem now.

Thank you for your consideration,