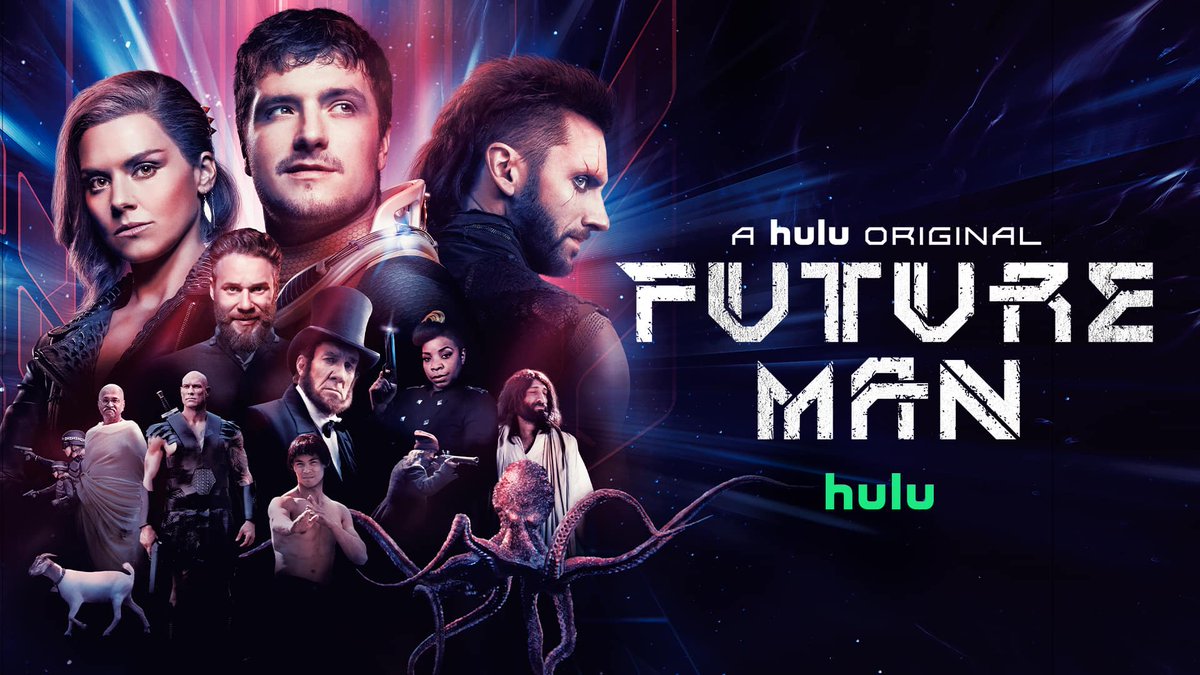 Future Man is an American comedy streaming television series about a  janitor, Josh Futturman, successfully completes his favorite video game (that was considered unbeatable), Biotic Wars, when suddenly the game’s two main characters, Tiger and Wolf, appear and recruit Josh to save the world from the real Biotic Wars. Josh and his companions travel through time to change the future.

As you know, I am a sucker for anything involving time travel.  The theme is always pretty much the same:  someone from a dystopian future world comes back to kill someone who is responsible for the world going bad.  Add some Seth Rogan humor to the story and you have Future Man.

Imagine if “Back to the Future” were a Seth Rogan television series, and you’ve pretty much nailed it.  There are a lot of cultural references that nod to our current events, but not in the way that would turn you off.  There is a lot of time travel, and if you are traveling with someone, it is likely that you will end up with swapped body parts each time you jump.  (Yes, there is the obvious genital swap scene)

This show came out in 2017 and has run for three seasons with the final season released in 2020.  I don’t know how I missed this show all this time — maybe because it was on Hulu — but I am catching up on this platform right now.  I would definitely recommend this to people who want to laugh.