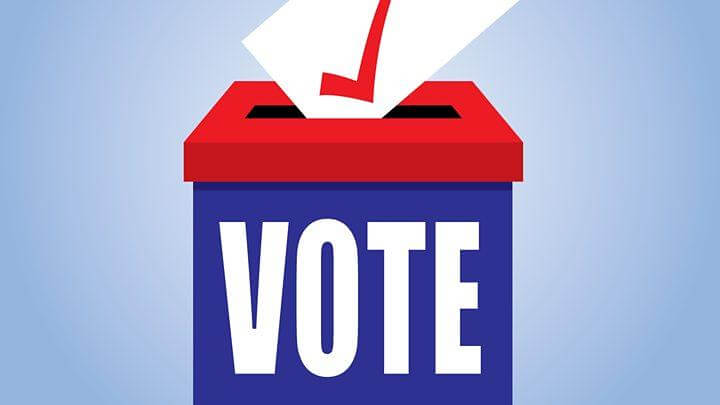 As we approach the final chapter of the 2022 midterm elections, Republican efforts to make it difficult for people to vote for Raphael Warnock in the Georgia runoff have gotten some attention. (By the way, I do think that Warnock will probably prevail despite the voter suppression efforts being directed against him. I also find it difficult to imagine Herschel Walker actually being a Senator. I think he would be another GOP disaster, making me wonder why they are trying so hard to have him elected, but perhaps all Republicans care about is that he would consistently vote their way in the Senate.)

While the GOP voter suppression tactics being used in Georgia are disturbing and relevant, such tactics have been practiced by Republicans throughout the United States. I have recently become aware of another tactic that is being used – one that should be illegal if it isn’t already, but is difficult to trace or prosecute. This tactic consists of sending false information to Democratic voters about where and how to vote.
An article about this topic, by Candy Woodall, refers to this problem as having become endemic (Disinformation is a midterm elections threat that could keep millions of voters at home, analysts say (msn.com). Such efforts seem to primarily target Black voters, although Native American and Hispanic voters are also being targeted using these methods. How it happens is that typically, voters receive flyers that contain false information, claiming that certain polling stations have been closed, changed to another location, or giving wrong information about the hours that the polling station is open. The obvious objective of these flyers is to send voters on a “wild goose chase” in which they go to the wrong place to vote, go to vote after the polling station has been closed, or simply give up and not try to vote. Another method that is being used, is sending potential voters messages which tell them that they should not vote because it would support a corrupt system (essentially the same argument that I have seen people who refuse to vote make). This type of messaging clearly tries to encourage and take advantage of political cynicism among the electorate. Yet another form that these voter suppression efforts take, is to tell people that they can vote by phone.
As the article points out, disinformation (intentional lies) often turns into misinformation (false beliefs) which spread rapidly through a population, multiplying the effects of the original disinformation. This is how many millions of Americans, for instance, develop delusional ideas about things like election fraud, global warming, etc., as well as believe in wildly bizarre conspiracy theories such as Q-Anon.
According to experts who study this issue, millions of voters in recent elections have been targeted with disinformation about where and how to vote, potentially preventing millions of Democrat-leaning voters from actually voting. The exact number of voters who are dissuaded from voting by such techniques, is not known. Although it is likely far less than the millions who are targeted, even if for instance, 5% of targeted voters are prevented from voting, out of perhaps 20 million such voters, that would be 1 million fewer voters than there should have been – voters who presumably would have overwhelmingly voted for Democrats. This amount is enough to sway some close elections into the Republican column, albeit unjustifiably. Whether justified or not, there is no existing means of correcting this problem.
In fact, authorities seem puzzled when it comes to tracking the sources of this disinformation. For all we know, much of it could be coming from Russian trolls. There currently is one case of a pro-Trump advocate who was arrested for Tweeting a message telling people to vote for Hillary Clinton by texting “Hillary” on their phones, instead of going to the polls or mailing in a ballot. At least 4900 voters did so in 2016. The defendant, Douglass Mackey, is claiming that he was simply exercising free speech; meanwhile, this case is still pending. Thus, it appears that at least some of these disinformation techniques are technically illegal, but catching and prosecuting the perpetrators is exceedingly difficult – especially when the disinformation is completely anonymous – plus, there are legal gray areas involved in these cases regarding such topics as free speech.
My first suggestion for reducing voting disinformation tactics, is that Congress should take up this topic and write legislation that explicitly bans such disinformation techniques. However, that by itself will not be enough to stop it from happening. I think what is needed, is that much as political messaging is not allowed at polling stations, any kind of messaging regarding how to vote can only be allowed from our government. Perhaps spam filters can weed out emails which have disinformation, and websites can do the same. Also, FBI or other government investigators should actively work to track down voting disinformation offenders, to hopefully make them pay dearly for doing so as well as to dissuade others from trying to spread such disinformation.
Protecting democracy has proven to be a winning issue among voters, as well it should be. Protecting voters from disinformation is, I am sure, also a winning subtopic regarding protecting our democratic institutions.

The Republican Crazy Train: Should Trump Be Obligated To Have Psychological Treatment?

Whatever Happened to Noblesse Oblige