This tale first appeared a few week’s ago in the Literary section. The editors at Lutin Muse thought, since it has a slight political flair, it might “brighten” the season for readers on the front page. 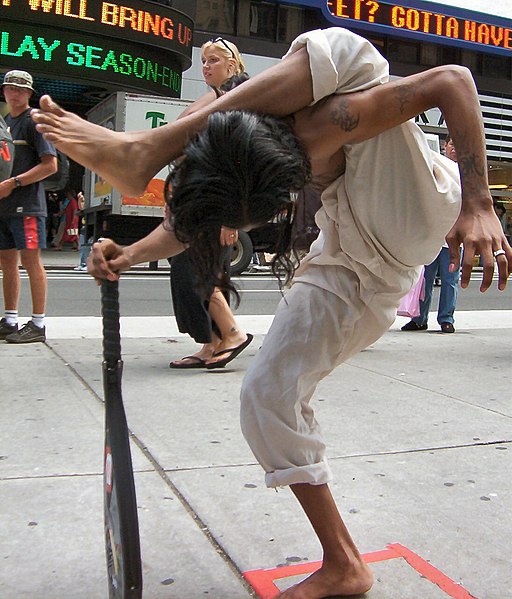 Come gather round kiddies for a quaint little Christmas tale featuring the skeleton of a certain Karl, visitors, an Ant and so much more socked into our stocking that Santa is going to have to be told to “go stuff it” somewhere else.

Once upon those many times ago there twere a twisted little man named Karl. No, he really was twisted: everything about him. His arms, his legs, his neck; even his intestines were twisted, which fits right into Scribe’s story. But Scribe will save that twist for a bit later. Karl’s ethics were a little twisted too, somewhat like Scribe’s, only far, far worse. Scribe’s only ethical twist is he likes to make you wait for the punchline.

And this is all a bit of an allegory regarding another rather twisted “Karl,” but let’s keep the story non-partisan for now, OK? OK???

Karl made most of his money singing and contorting at carnivals that traveled through the Sesame Seed Street laden breadbasket of America. He made even more traveling through the mentally curdled parts the dairyland-brisket because, when he sang Do Re Me ; while swallowing foreign objects like stupid ass talking points and idiotic 1984-ish rebranding, the dairy farmers would throw money at him while making cow sounds. But only when he reach the word “la.” Yes, dear reader, that’s how Karl made his MOO-la. Yes Karl was famous for MILKING his evil genius.

Christmas day, 2009, Karl got even greedier than he normally was. Karl had done his last show after swallowing many foreign objects: pebbles from Pablo Picasso Drive, in Pebble Beach, Florida and plastic sporks made in Mex-he-co. Also objects even more foreign: like brains of Britney Spears and a tiny Christmas stocking inhabited by Ant Zelda. And, yes, Scribe did intend to type, “a-n-t.”

Who was Ant Zelda?

Ant Zelda was an alien ant from a rather intellectual ant colony in the Antie M solar system: visiting Earth to study and socialize with her less than intellectual cousins, Earth ants in Karl’s ant farm. She slept in Karl’s first old, tiny, baby Christmas sock that his parents placed above the fireplace his first Christmas. Karl kept it for SANTA-mantle-reasons. Kept it until Karl swallowed the sock containing the scientist from the Auntie M solar system during that last show. Ant Zelda, safe in the sock for now, vowed revenge as she went down Karl’s Christmas Eggnog hole.

Greedy Karl; being very small and VERY twisted, on Christmas Day twisted himself up and crawled into the heat duct system for the largest jewelry story in One Ringie Dingie, Idaho, also home to Lillian Tom Tomlin, the birth place of one brand of GPS. AND the location where bucket loads of taxes were being collected for a hideously expensive highway project that would help bovines get to market in the Southwest fast, known as the Cow-lifornia Highway.

But to bilk the milk highway funds wasn’t Karl’s only goal. Extortion was a portion of his plan. Karl was going to steal the town’s most famous family’s wealth: diamonds, kept at the store in the vault, known as the “Handsome family jewels:” a pretty ballsy act. Then he’d demand a Handsome ransom.

Well Karl kept twisting and crawling through the duct work until he could crawl no more. Not only did his very fine, twistable, bone structure finally get too twisted, but just then that itsy, bitsy Christmas stocking got caught in his twisted intestine. Ant Zelda from the Auntie M solar system slipped out of the sock while passing through the bowels from hell and; a last attempt at revenge, busted quite a few blood vessels before she died. Making Karl want to die, and his brain think he had to pass a lot of gas.

Death by mere brain fart? No. Scribe typed, “attempted.” The first cause was of his death was when the sock got all wrapped at the end of his twisted intestines and busted his gut. Guess you might say it “wrecked em.”

That was late Christmas Day.

The nasty little fat baby bumped off the kind OLDE guy quite a few times before they finally found Karl. Before that he turned into nothing but skin and bones. Then: nothing but bones. In 2040, while wrecking the building, they found Karl in the old abandoned jewelry store. Seems it went out of business because an odd odor haunted the place. How ghastly… or was that “gas-ie?”

Well, on the bright side, Karl became even more of an attraction than he was before. Scientists attempted to study Karl’s fine bone structure, but every time they attempted to untwist this marvel, Karl snapped.

Of course Scribe snapped a long time ago, but you already knew that, right?

In 2110 a cult called The Church of U2 confused musical history a bit and stole Karl, putting him up on an altar, worshiping him, mistaking him as the skeleton of fabled Bono. Only the news people at FOX thought the name was pronounced “Bone-o.”

His skeleton was stolen by members of another, more ancient, cult: the sheepish followers of The Church of the We 5, thinking Karl farted while singing a set of verses in their sacred text: The Ewe Were On My Mind Psalm. The U2-ers sued and won because by this time rich, powerful, lawyers, who also worked for FOX, were willing to work Pro-Bone-o, or at least willing to… CHER… in the cost.

Karl was passed around a lot by various cults until humanity passed away. Karl felt so lonely with everyone gone.

No, he didn’t. Karl was dead. Don’t you remember that? Weren’t you paying attention? Does Scribe have to slap your knuckles with a ruler? Would you like to slap Scribe around a bit? Oh, boy. Scribe is SO excited.

Santa left the North Pole planet many a Christmas Eve looking for signs of life, but one frozen, cold Eve…

They came upon a Midnight Clear,
With glorious space song so cold,
Ant’s warp field bending near the earth
To find Karl’s theft of old

Yes, Santa left the North Pole planet many times looking for signs of life, or at least to find his wife who had cried, “No more damn elves!” and then said she was going to Earth to shop for birth control pills the day humanity passed away…

THAT’S WHEN THE ALIENS CAME.

You knew aliens would be part of this story again, right?

(In case you’re curious, Ms. Santa had actually run off with Rudolf and now gets great nose from him, as she sings every night, “You light up my…”)

Well, the aliens; who were looking for their long lost scientist: Ant Zelda, used their advanced science gizmos and figured out what Karl had done and what happened to Zelda. Karl’s skeleton was sentenced to desecration by their Judge-bot 3000, which replaced the old model that ran on Microsoft 8, because Microsoft CAN NEVER LEAVE %$#@! GOOD ENOUGH ALONE.

They snapped Karl into even smaller pieces; not hard since Scribe mentioned Karl was already a bit snapped. And then they melted down his essence to create a new super weapon in their war with the aliens from the Anteater planet, which they won because the essence was still so twisty it twirled around their, anteater nose shaped, spaceship tailpipes: causing them to die much like Karl did.

So Karl; as bad and as evil as he was, finally became a hero. Well, more like a sub, actually. For ant aliens gave him the highest honor anyone could receive in the Auntie M galaxy: they named a rather spicy sauce they used on their big, long, roll sandwiches after him and how he died. Well, big sandwiches for an ant. They used it every Christmas Day, only because that’s when they found what was left of Karl. This sauce came in an even smaller container shaped like Karl’s little rear end. That’s right, in the “end” saucy Karl was still a horsey’s arse.

The trade name of this sauce? Little Big Arse.

The ghost of Custer was not amused at the seeming violation of his trademarked spiritual world condoms: Little Big Horns, and picketed the planet… at least until Blovoto; the brainless indoctrinated Neo Con Comet, took a Wizard out of the Auntie M solar system having destroyed all ant life as they knew it. The last thing they heard was the odd sound Blovoto made as he skimmed their atmosphere was, “FOX, FOX, FOX…” Sad with song, missing his cousin Neo Con Comets, destroying all common sense, logic, truth, every solar system, every planet he passed, Blovoto sang; as he continued to blow hole his way away out of our former galaxy, ready to destroy yet another, “On Comet, on O’Lielly, on Donner, on Beck da Smeck, on Malkin n’ Mitzen… I’m off to get more Blitzen-ed.” And of course, “FOX, FOX, FOX…”

And that’s how FOX almost destroyed the universe.

But Blovoto was out FOXED by one last, quick, turnaround to our Christmas tale. Blovoto was stopped by God Cop on yet another Christmas Eve for cometing while inFOXicated. 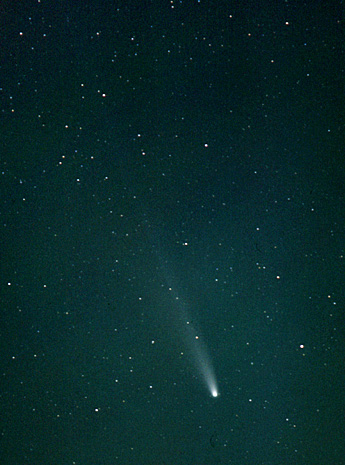 Originally from Scribe’s Christmas book, a collection of objectionable Christmas stories and poems: Ghost of Christmas Crass. Stay tuned for next year’s tale: God Cop and Santa defeat the Christmas Tree Stealing Cylon Ducks, featuring Barbara Bush dressed as #666 Cylon, known as the “She Duck from Hell.” Alternate title for the tale from that same book: Battleax Quack-tica.