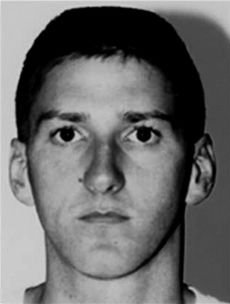 Yesterday, as I read Mark Guarino’s Christian Science story on The Hutaree and a former prosecutor’s take on this terrorist group, I saw I heard Timothy McVeigh’s ghost laugh and then say, “Lock and load.” “Timothy McVeigh’s Ghost” is the sequel no sane person would want to see; unless one is a member of an extreme Right Wing terrorist cell, militia or group. I have a suspicion there have been many sequels since Oklahoma, and a prequel as well.

I try very hard to write Inspection in advance so the publisher can pre-plan publication. I really do. But there are some weeks, some months, some seasons I have no choice to have the dates shuffled around. News has a habit of grabbing the steering wheel and taking us all for a ride.

A few years after Oklahoma City a host of a left talk show, I believe it was Peter Werbe, had a guest on from the Southern Poverty Law Center. I had just read The Turner Diaries and I was concerned about right wing driven violence, so I called. The answer I got from Peter’s guest was, to me, more frightening even than those who follow the path set out by this book. The guest informed me that these were loose groups, with little power, and we had little to worry about. We mostly had to worry about single individuals.

I wonder if he feels the same way now?

The Turner Diaries, for the uninitiated, follow several militia groups that decide that all people of color, Liberals, the educated, immigrants: both legal and illegal, are destroying the “true” America. They succeed by using what can only be described as terrorist and deceptive methods: finding ways to have the carnage they caused blamed on others… causing more violence and chaos. Also in part by those in power, and “experts:” such as those like the guest from Southern Poverty Law Center, who minimize and marginalize their efforts. By the end of the book, all across the country, they have every woman, man and child lined up to be shot, hung and otherwise executed who annoyed them even in the mildest of ways: even just for being the wrong religion, born of the wrong color.

Of course, over ten years ago, they didn’t have powerful Republican leaders backing them up by claiming that pointing out violence against anyone who dares to disagree with them is more despicable than the act itself. They also didn’t have a major network willing to advertise for free their every utterance as if it came from the lips of Jesus himself.

I’ve been wondering about the news coverage of the recent capture of members of The Hutaree. All the indications are there: the attempt to murder policemen and then commit mass murder when they gather for the funeral to “start a war” has all the same indicators the McVeigh/Nichols plot had. They both seemed hatched straight out of The Turner Diaries. Both sets of plotters considered themselves “Christian warriors.” They both planned “to levy war against the United States, (and) to oppose by force the authority of the government of the United States.”

There have been a lot of suspicious incidents over the years between the two: churches shot up, a plane flying into an IRS building, anthrax sent to almost exclusively Democratic leaders and odd power plant incidents that the Bush administration said they couldn’t explain… but quickly added, “had nothing to do with terrorists.” Much of this, especially the last? In the The Turner Diaries. Power plants were part of the attacks; an attempt to disorient “the enemy.” Politicians attempted to cover up who did these acts: behave as if it was all just some “accident.” In The Turner Diaries they especially like to take advantage of foolish politicians on the right side who they considered ignorant enablers who would go to the head of the line when the mass executions started.

But let’s stick with what we do know. Of course we have the Turner Diaries driven attack in Oklahoma City. Now we have a group whose plots and rhetoric is pretty much pure Turner in nature with all the Christian purity, hatred and violence on the label if it were placed in a can or a bottle. Combine this with all I have mentioned before: some of the ingredients aren’t exactly exactly the same, but if you saw it on the shelf in your local store with the labels would you think it unrelated? Buy it and feed it to your kids saying it’s probably all unrelated to what’s clearly printed on the can or label? If so, how about buying something that looks like it’s the same product as Draino and go home and drink it?

Maybe if you’re a prosecutor, or anyone else charged with keeping the public safe, you should? The nation would surely be safer.

Once again we are making the same mistakes. In Mark Guarino’s Christian Science article he explains how one of McVeigh’s former prosecutors, Aitan Goelman, says we may need not fear groups like The Hutaree as much as rogue individuals who may come out of such groups. I rarely give anyone with that much gravitas such a slam, or use such words in a column… but is he f%$#ing nuts? Obviously we need to fear both. Does he think there’s no connection whatsoever? These groups spew this BS, promote it and when one of them takes action it’s just some “rogue” element?

Of course that was then, this is now. McVeigh and Nichols did this on their own, as far as we know. And the violence and murders perpetrated by Turner Diaries worshipers, a “prequel” to Oklahoma, a murder performed by The Order and plans to murder many others… well, happened long ago: in the early 1980s. But the problem is Goelman is claiming this now, after many members of yet another group: The Hutaree, were caught well on their way to taking action. This is no longer just select “rogue” individuals; even if such a concept applies to those who agree that The Turner Diaries is some map to follow in their war against all who dare to disagree…. especially when they start to gather in small “cells.”

But one of the more interesting facets of The Turner Diaries is that the different cells across the nation not only make sure they are insulated from each other: independent of each other so that if one goes down another doesn’t… part of the overall plan includes actions on the part of individuals: McVeigh-like characters. This is part of the plan: an attempt through actions of individuals to keep some of the heat off of individual cells. It’s in the book. The hope is between “rogue” individuals and small cells, they can bring a nation to it’s knees. And, in the book, this is exactly how they succeed. The more you look into The Turner Diaries and think of all that’s happened since Oklahoma City and recently, the more you too might hear the ghost of Timothy McVeigh laughing in delight.

Has Goelman even read The Turner Diaries? 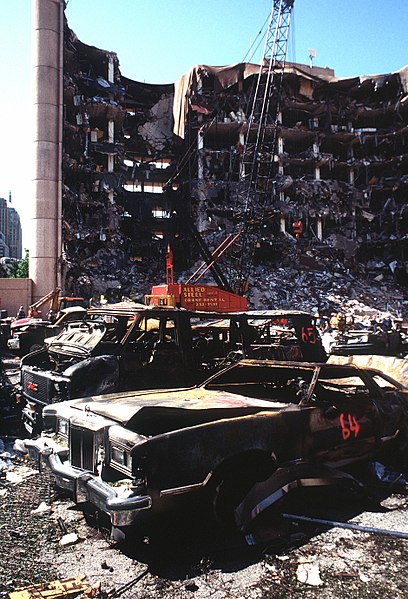 As well as what you listed, one of the scarier aspects of this fringe-right ‘Christian’ militia movement is that these groups are intentionally having their young men and women enlist in the armed forces, both to learn how to use the weapons and operate in combat situations, but also, and this is important, to learn the tactics, strategies and equipment the govt will use against them when the time comes and how to counter them. The military used to reject these psychotics; now, strapped as they are for cannon fodder, they are accepting them with open arms.

I love that they asked for “Public Defenders” (and they thought they could bring down our government), undercover FBI agent, sweet. The simpleton Tea baggers keep missing the point. These are the same whiners that were crying when the McCain/Bailin ticket lost. Now they are crying again because their yelling and screaming (because they are haters not debaters or as others have dubbed them screamers not dreamers) did not stop the health care debate or the bill from passing. They think they can scare, intimidate and force others to go along with them by comments like “This time we came unarmed”, let me tell you something they are not the only ones that are armed and not all ex-military join the fringe militia crazies who don’t pay taxes and run around with face paint in the parks playing commando, the majority are mature and understand that the world is more complicated and grey than the black and white that these simpleton make it out to be and that my friend is the point. Do not cry when regular people openly laugh at your group when they see on TV that your leaders are Sarah Bailin, Orly Taitz, Victoria Jackson, Michele Bachmann and your own turn coat Glenn Beck from the LDS. They do more to discredit you group on TV (powerful) than any of comments on the blog sphere. Yee Haw!