Posted on July 25, 2009 by Professor Good Ales Leave a comment 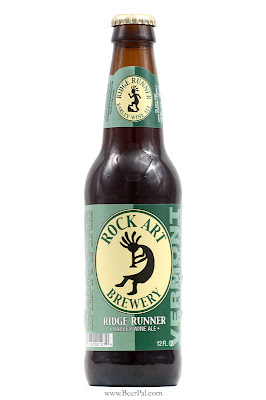 Barley Wine should have at least a tad bit of sweetness to it, high alcohol; or at least the sense of it and a body to carry the style. This brew really seems to have none of these. I told my wife I wound up pouring it out. I have never done this with a Barley Wine.

Often there’s a slight slickness, though I’ve had some that have little to none.

The shame here is I’ve had many good beers from this fine brewer.

Needs a new recipe or to be called something other than Barley Wine. Just what, I’m not sure. Doesn’t seem to fit any specific category. The body doesn’t seem to be big enough to be a Scotch Ale, not enough hops for more hoppy beers. This is very confusing style-wise.

One website I visited said Rock Art claims it is a “mild” Barley Wine. But this isn’t enough to even be English, style-wise. Malts a bit too dark too. A cross between a Mild and Barley Wine?” Not really. Still not enough body or malt focus.

Needs recipe reformulation. Not “bad,” just unremarkable… whatever it might be.