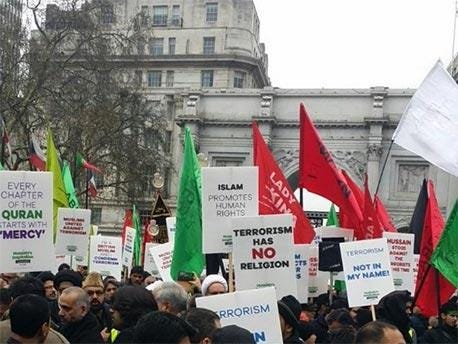 Organizers of an anti-Isis march in London have spoken of their frustration after mainstream media outlets failed to cover the demonstration.

Thousands of people took part in the annual UK Arbaeen Procession, coordinated by the Husaini Islamic Trust UK, on Sunday.

Although Shia Muslims take part in the march each year to mark the Arbaeen, or mourning, anniversary of Imam Husain - a seventh-century leader who fought for social justice - this year organisers decided to use the event as a platform to denounce terrorism following the recent Isis attacks in Paris, Beirut and elsewhere.