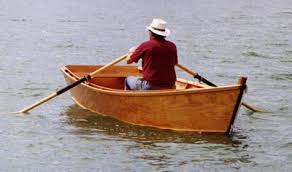 Rage, but rage smart. Question “a leak.” Think “intentional.” Originally a conservative in the 60’s, I have watched how far they’ve gone astray: I promise you; the final version will SEEM milder. Then trolls and bots will swarm social media sites, mocking us. The purpose: get this over with before election 2022. Don’t let it be “over.”. And be aware: this may be being used as a distraction for other hanky panky..

We need to quicker than quick ready to Roe, Roe, Roe our votes right up to election time. Then even more so in 2024.

Perhaps we could get a lawsuit or two in about equal protection of women due to radical state to state variations to abortion law? Perhaps sue for judicial misconduct? I’ll bet some lower courts might like to rule on that. Push for applying judicial misconduct to the Supremes?
Election ads need to be ready to go NOW!
My father, a dedicated conservative all his life, was pro-choice, as were some of the writers for Buckley’s National Review. These days one might sing…

The right once at least tolerated such divisiveness in their ranks. Now it’s all about religious/ideological purity. And playing triggering games, which is what this “leak” is all about. The whole set up here is deliberately political: design by the fanatics on the court to Loki the left. We fall far too often into the traps set by such tricksters.
The fact the Court has fallen this far proves it has been packed. It’s not just about numbers. A Court packed via sleazy McConnell tactics is still packed. And they’re all about serving Satan. I mean Trump. I mean the radical Reich wing.
But I repeat myself.
But I repeat myself.
Be ready to adjust and hit back. They will do more trickery like pre-releasing, denying, playing nice then striking when we come in to make peace. They are doing to us what Putin is doing to Ukraine, only while they have continued to poison social discourse they aren’t actually poisoning us… yet.
Remember the question asked, “When do we start shooting them?”
It’s a short, short walk from poisoning social discourse for many years to actual poisonings, to sabotaging political civility to sabotaging those who have come to make the peace. This is the putrid path they are gleefully dragging us all down.
It’s also a short walk from backing away from years of precedent to make abortion illegal to making gay marriage illegal, to cracking down on pot stores where it’s legal, to ending the right for blacks to vote, to the tyranny of one party rule with, at best, a two party facade.
We rowed hard to win in 2020. We need to row harder in 2022. And harder in 2024. I know we’re tired, but that won’t stop them. Bullies always need to be kicked back even harder than they kicked. And we know this Court is on the side of the bullies. NOT on the side of representative governance.
Let’s Roe, Roe, Roe the vote!