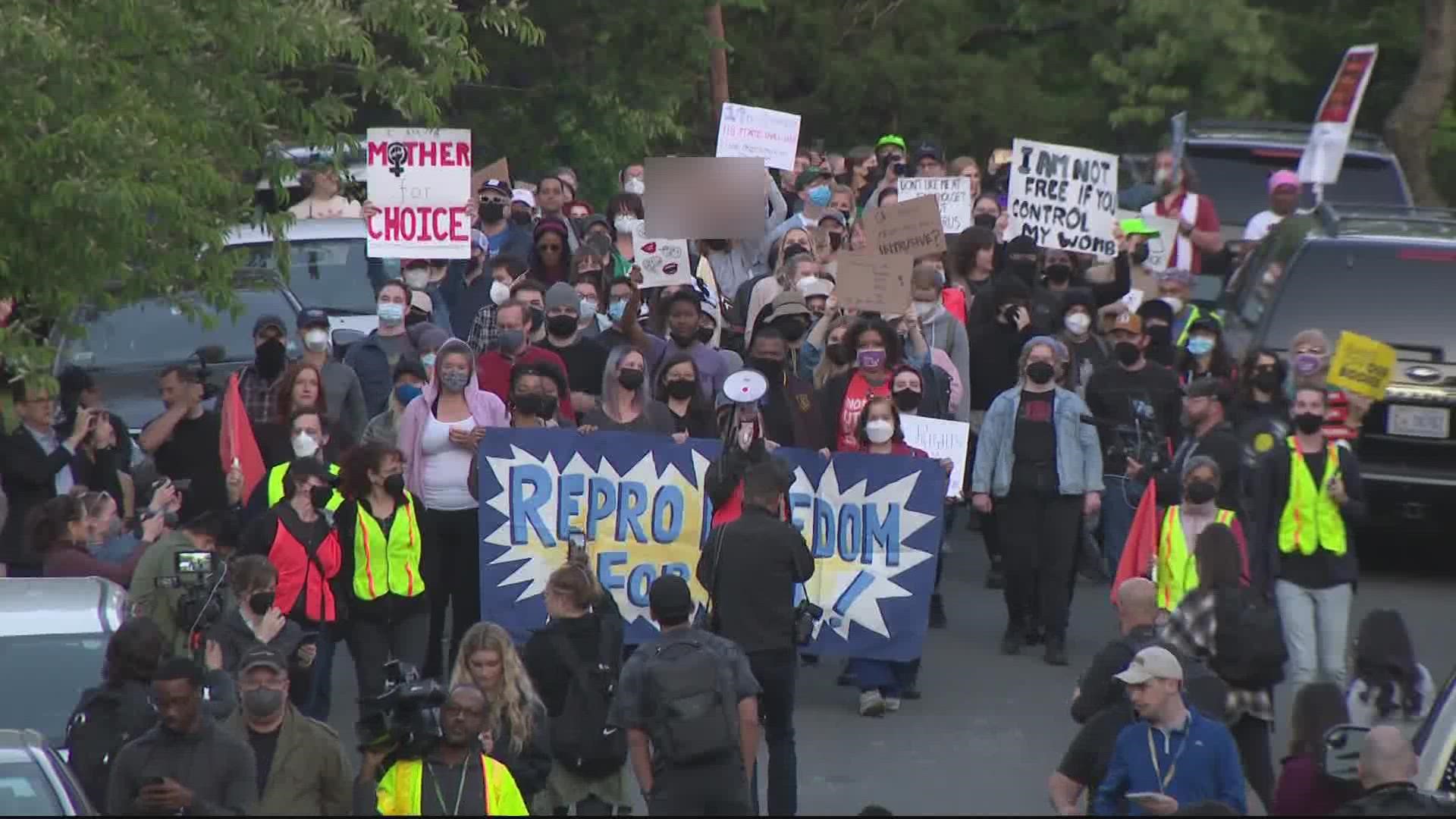 A busy time in my life necessitates two edtions in a row to at least attempt to meet something resembling a weekly deadline.

This edition will make a lot of people on all sides angry, however I keep missing any attempt to address a crucial question when it comes to

protests in front of a Supreme Court justice’s home. And watching footage, seeing the actual homes, I understand at least having security sent there.
By all reliable reports they kept their distance and weren’t being “thugs” as framed; a phrase used these days to frame anyone whose protest partisans don’t agree with.
I have no problem with protests in front of the Court itself, as long as they keep their distance and don’t block access. Just like if protesters at clinics keep their distance. If they go beyond that we are no longer talking “free speech.”
However, I don’t want protesters at the homes of the justices, no more than I want them at the home of doctors and nurses who work at clinics. The fact that we got to see a home of a justice, or of a doctor, a nurse, simply underlines my concern.
Obviously there are nuts, dangerous, homicidal people out there. I don’t want them bombing, shooting or just harassing families; spouses, kids, killing the family pet, tossing dead fetuses, acid or even banana cream pies. Whether we agree, or not, everyone deserves to be safe at home.
I am trying to be consistent here. No matter what anyone believes, personal safety at home for the whole family shouldn’t be reliant on that. Free speech shouldn’t be a vehicle for potential violence brought right into our homes. Even if it’s just giving some homicidally out of control person help hunting down those they disagree with.
I would think that would be universal concern. Instead the framing has been all about who was violent, who wasn’t: all falling along predictable lines. I know which side I think is right, but not the point.
Unless we’re being served a subpoena, harboring an actual criminal: not accused by political/social/theological convenience… we’re not supposed to be living in a society that’s based on guilt by accusation… people should be left alone in their homes.
This goes across the board: no matter what the issue. Free speech isn’t free if it invites crackpots to commit murder, or even harass us in our homes. Look at it this way: certainly there’s someone, some group of people, who disagree with you and might want to do harm to those who disagree with them. Do you want them outside your home, brought there (even at best) by some wayward camera shot? Threatening you, your wife, your husband, your kids? Doing all the out of control violence, the blocking, the threatening, murder?
Yes, such criminals can probably find where you live, but why help them?