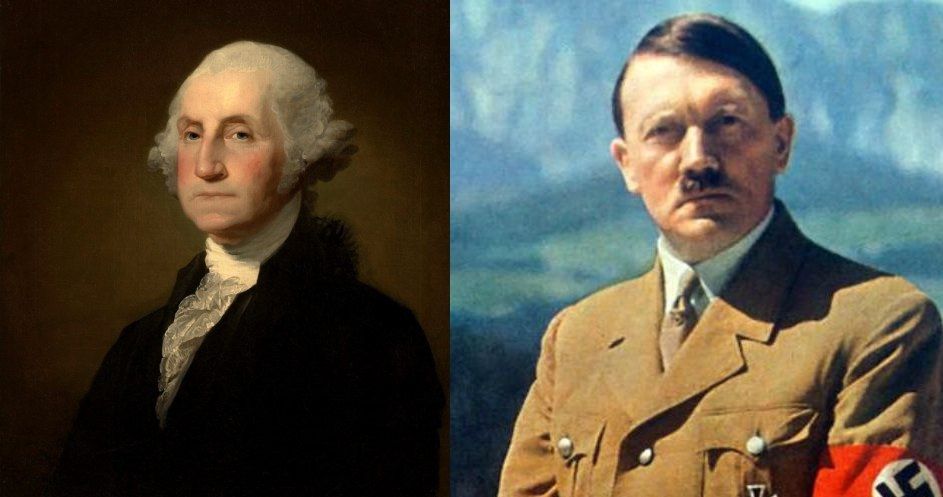 I’m sure if Trump had succeeded in overturning 2020 his loyal followers, his cultists as the left not so mockingly call them, would have viewed the now ex-President as Donald George Washington. In a way they would be right.

I’m sure, Dear Readers, you are aghast reading those words.
Confused? No need to be.
Many on the left view Trump, especially if he had won the day, as one who would then eagerly seek permanent power and get rid of anyone he perceived to be in his way. A Hitler. In a way, they would be right.
Massive changes are necessary, or would have been, either way. Especially if Trump were to achieve that goal of ultimate power. Trump would have had to be appointed president: for life. More like head oligarch over a board of oligarchs because business would need to back him up, replacing safeguards. Forget the Constitution. Forget due process. As Trump always does he showed his cards from moment one with, “Lock her up.” There is no due process in the cry to “lock her up.” This is what a dictator does. OK, the first Adams did to a Franklin relative who sat in a pub and called him old and toothless, but when he lost he pretty much went away. Trump didn’t. Trump couldn’t. Trump WON’T.
So, Hitler? If right they have every reason to be concerned, and I agree with them.
After 1/6: MAGA’s burning of the Reichstag, does anyone think Donald Trump noble enough to do what Adams did, or refuse a third term like Washington did? Would make sure elections are fair? Hell, in some places like Texas that’s already on it’s way out. Plans are to neuter elections and let the party decide. You know which party. They claim they will mimic something like the Electoral College. That won’t last.  DeSantis and the Republicans are already setting it up so Republicans decide election if unhappy with the results. And where goes Florida there goes Texas, or where goes Texas there goes Florida. They’re in a race to assure one party rule with not even a two party façade.
The revolt must be met with more than equal push back. Bullies must know their victims hit back harder. Given all he’s done what other choice have Dems had? Oh, I know: stall, stall, stall. The FBI should have been at his door arresting him. When they found E-mail COPIES the FBI had no problem handing an election over to Trump. But due process for Trump? Something he would deny Hillary Clinton or the Central Park 5. Or anyone he perceives might be in his way.
Doing nothing, not deciding, is doing something, is deciding. They have already decided to storm the castle. 1/6 was merely the first attempt.
Thus we come to the most important moment in our history. Perhaps a moment that will eventually prove more crucial than the Civil War. No accident the Turner Diaries-Right has been calling for a new Civil War. And 1/6 merely the first battle.
Truly the devil’s crossroads.
Which way, America?