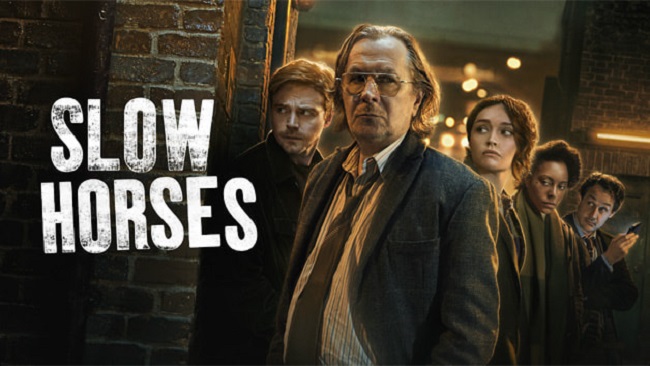 Slow Horses is a spy thriller television series based on the 2010 novel of the same name by Mick Herron.  After a botched and publicly embarrassing training mission, British MI5 agent River Cartwright is exiled to Slough House, an administrative purgatory for service rejects. Known as slow horses, Cartwright and his fellow employees must endure dull, paper pushing tasks and their miserable boss, Jackson Lamb, who expects them to quit out of boredom and frustration. Life in Slough House is defined by drudgery until the slow horses become entangled in a dangerous gambit by Regent’s Park.

Like every other Apple TV Plus original series, this one has a production value that rivals that of most major motion pictures.  I’m only halfway through the first season, but the only reason I stopped watching last night was that I had to be at work early this morning.  Otherwise, I probably would have binged through the entire season.