The Last Days of Ptolemy Grey 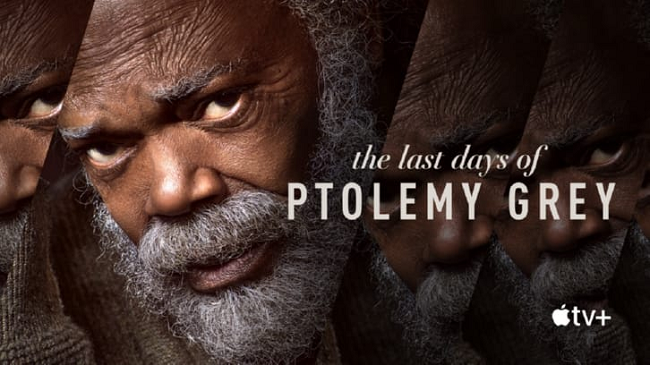 The Last Days of Ptolemy Grey is an American drama miniseries based on the novel of the same name by Walter Mosley.

Ptolemy Grey is ninety-one years old and has been all but forgotten-by his family, his friends, even himself-as he sinks into a lonely dementia. His grand-nephew, Ptolemy’s only connection to the outside world, was recently killed in a drive-by shooting, and Ptolemy is too suspicious of anyone else to allow them into his life. until he meets Robyn, his niece’s seventeen-year-old lodger and the only one willing to take care of an old man at his grandnephew’s funeral.

But Robyn will not tolerate Ptolemy’s hermitlike existence. She challenges him to interact more with the world around him, and he grasps more firmly onto his disappearing consciousness. However, this new activity pushes Ptolemy into the fold of a doctor touting an experimental drug that guarantees Ptolemy won’t live to see age ninety- two but that he’ll spend his last days in feverish vigor and clarity. With his mind clear, what Ptolemy finds-in his own past, in his own apartment, and in the circumstances surrounding his grand-nephew’s death-is shocking enough to spur an old man to action, and to ensure a legacy that no one will forget.

The Last Days of Ptolemy Grey

DJ’s review:
My father went through the last three years of his life with Alzheimer’s.  He died on his 105th birthday.  This was a man who worked up until he was 102 years old, and was physically healthier than most 75-year-old men.  His memories started fading slowly at first, he’d forget where he was going, sometimes, and he’d forget conversations he had the day or two before.  As he progressed into his illness, the lapse of memory accelerated and within a year he was forgetting who we were.  He’d have vivid memories of events that he went through seventy, eighty, even ninety years ago, but couldn’t tell you where he was living in the present time.  For those of us who loved this man, his intelligence, humor and overt kindness, it was hard to watch him fade away…
This is why I immediately connected to The Last Days of Ptolemy Grey.
I remember my siblings and other relatives searching for something — anything — that we could do to either slow down or stop the progression of this disease, just to have some more time left to be with him.
The premise of this show is basically, if your parent, or spouse was slowly fading away into dementia,  would you go for a ‘miracle’ drug that would give them total memory and recall of everything that ever happened in their lives knowing that the drug would only last thirty days, and would ultimately kill the patient?

This show is on Apple TV, and a new episode comes out every Friday until it is completed.   I went ahead and set up an account with a 7-day trial period and $4.95 a month after, but if you want to save some money, maybe wait six more weeks until the entire limited series is completed.  Then take advantage of the seven-day trial for free and quit.