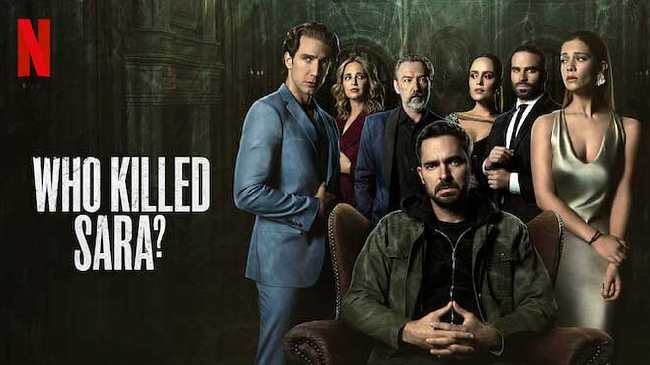 Who Killed Sara?  is a Mexican mystery thriller streaming television series.  The story follows Álex Guzmán, who, after spending 18 years in prison for a crime he did not commit, is hellbent on finding out who killed his sister Sara and getting revenge on the Lazcano family who wronged him.

2021 | TV-MA | 3 Seasons | Crime TV Shows
Starring: Manolo Cardona, Ginés García Millán, Carolina Miranda
Created by: José Ignacio Valenzuela, Perro Azul
DJ’s Review:
It seems that everyone had a reason to kill Sara — including her brother.  Just about the time you think you’ve figured it all out, and can pick out the murderer, some new evidence crops up throwing our attention to someone else.
UPDATE:  I have finished watching all three seasons, and while the ending is a surprising shock, I have to admit that I figured it out in the middle of the second season.  But then, I had the benefit of watching seasons one and two a couple of times before watching season three.
This was filmed in Mexico, and references the Mexican legal system throughout the show.  You can get arrested for being suspected of a crime, and you are tossed into jail for a few years before you go before a judge for sentencing.  A trial is assumed, simply because the police did an investigation and charged you.