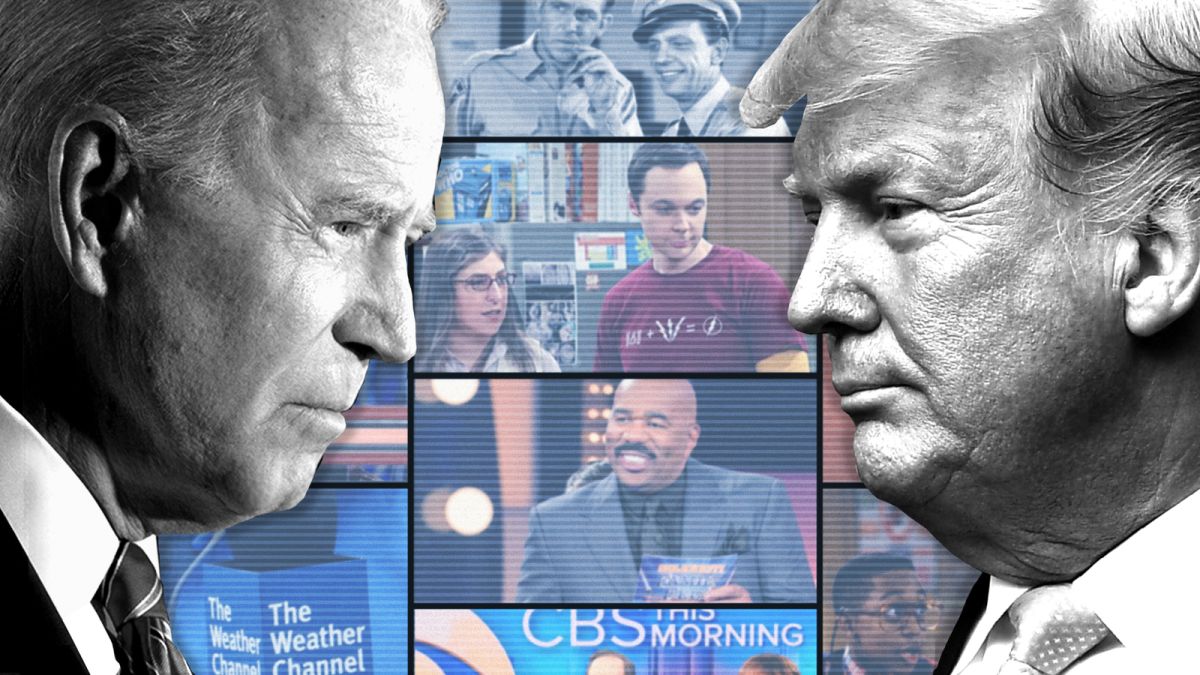 I know people will resist the concept, but there are things sane people left, right, Christian, Atheists, Libertarians can agree on, generally. Usually it’s specifics we disagree about. Example of something most sane people would agree on: I am tired of Trump TV, aren’t you? I don’t want 24 hour Biden TV either. 24 hour a day anything is boring, annoying. Sometimes it seems as if we’ve gone back in time to November, 23rd, 1963, school is closed and all that’s on TV for days is the assassinations, 2 murders, (Kennedy and Oswald) two murderers (Oswald and Ruby, disregarding alternate versions.) And one hell of a long, boring funeral.
I understood why it was boring for kids, but even many adults didn’t care for it. Had nothing to do with pro-Kennedy, or not. It’s this kind of programming. But it’s an easy form of programming.
Now, with all the repeating viral ads spread across many channels, owned by the same companies, why would they care what the public wants as much as they had to when there were 2-10 channels max? Hell, they even have the plus channels.
Every time I turned on news, well newsfauxtainment (left or right), it was been non-stop Trump TV for a long time. If they had something new to report, at least there’s that. But so often, program after program, it’s the same old, same old. If we’re lucky the stories are slightly rephrased. Slightly.
I get it. Now the Queen has died, hey look! Another car to chase! And chase, and chase and… Isn’t there any other news to cover? Same with Ukraine, until the biting dog chasing car media catches and clamps down on the next passing car bumper. There are times I wish the car would run the newsfauxtainment mutts over, and sometimes the cars do.
Metaphorical, Dear Reader. I am referring to newsfauxtainment, yet I wish no violence on any of them. OK, maybe the most smug ones but… no, not them either.
Did you notice month after month of Ukraine TV the sudden silence after they quickly become obsessed with something/someone else? NO, I don’t want Ukraine TV back, and I don’t want coverage to go away. I want balance. Coverage. Not what amounts to the ex-boy or girlfriend who keeps stalking their ex.
Then we have the “breaking news” obsession. Breaking news should be definition be breaking. I’ve seen on TV the same news announced as “breaking for a whole week or more. I get it for a day or two, but there comes a time when the news isn’t “breaking,” the news is broken.
We get it, we get it: Humpty Dumpty fell. He fell off a wall. We can’t put him back together again. But that happened a week ago! To address the media directly, “You’ve told us that so many times, we have been so hungry for balanced, we not only ate Dumpty, but some of us who were so late to the omelet salmonella for Humpty and they’re barfing up Dumpty.
The question being are your viewers paying attention after week after week of how cracked Humpty was, comment by Trump about who pushed Humpty, Biden chiding Trump about Dumpty, panels of people who pretty much agree with what ever base you’re appealing to discussing every silly thing about Humpty, and regurgitating it all over again.
This isn’t communication. This like Uncle Joe who won’t shut up about what he he is obsessing about, and everyone else at the table wants to hear from Uncle Theron, or Aunt Etta, or the kids, rather than one more repetitive rant from Uncle Joe, who no one is listening to.
For communications to exist listening is required.

Ken Carman is a 76 graduate of SUNY @ Plattsburgh School of Communications. He did have good grades, but not grand. Ken specializes in taking what he has learned from music, being a music business student in Nashville, an English major at two colleges, a Communications/Mass Media Major and seeing what PhD’s might not see. Think of it like horses at a track with blinders on. They see the track, where they need to go. Like most generalists, Ken sees beyond the track and how it all can fit together in unique ways. In the future expect more off kilter editions. Ken hopes his perspective may widen the perspective of others, and the perspectives of his readers do the same for him. Ken lives in Eagle Bay and Beaver River, NY. He is formerly form Nashville, TN, then Old Forge, NY, then Utica, NY where he met Millie the marvelous, and born in Nyack, NY.
©Copyright 2022
Ken Carman and Cartenual Productions
all rights reserved