Fact That No One Likes Him May Be Hurting Romney 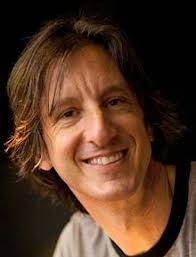 According to Davis Logsdon, who conducted the polls for the University of Minnesota’s Opinion Research Institute, “Despite his superb organization, funding, and ground game, Mitt Romney is having trouble overcoming the perception among voters that he is a ginormous dick.”

Mr. Logsdon said that these obstacles “could prove fatal to his historic bid to become the nation’s first openly assholic President.”

Exit polls taken last night bear out that theory, with a majority of voters agreeing with the statement, “I think Mitt Romney is so odious, I would rather vote for a random doofus I’ve never heard of who goes around in sweater vests.”

The beneficiary of that sentiment last night was former Sen. Rick Santorum, who told supporters at a victory rally in Missouri, “I support the rights of the unborn child until it’s born and wants a gay marriage.”

Speaking to supporters in Denver, Mr. Romney uttered what some political experts are calling a possible gaffe: “I don’t care about all the people who didn’t vote for me. They just envy my massive wealth. And poor people? They can curl up die, and I won’t lose a wink of sleep. I bet you a million crisp dollars from my vault in Genev