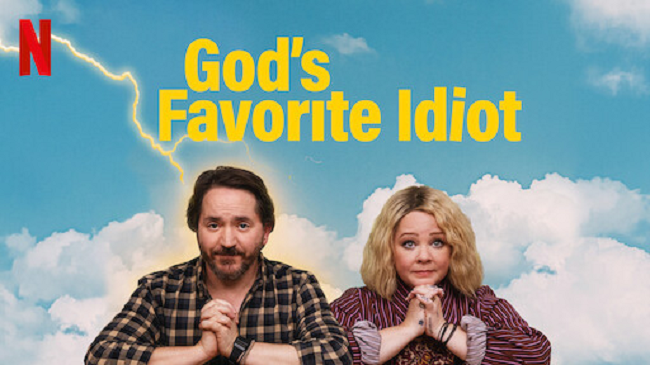 After getting struck by lightning from a very unusually angelic cloud, Clark suddenly has the ability to glow. His coworkers, which includes his friend Amily, believe that this may somehow be related to God. Their fears are confirmed when an angel tells Clark that he is to be God’s messenger and must prevent the Apocalypse from happening.

2022 | TV-MA | 1 Season | Fantasy TV Shows
Starring: Melissa McCarthy, Ben Falcone, Leslie Bibb
Creators: Ben Falcone
DJ’s  Review:
I went into this show knowing it was going to be quirky.  While it’s probably not one of Melissa McCarthy’s better performances, she did manage to keep the show afloat with some funny situational comedy.  Picture this show being pretty similar to “The Good Place”, but not quite as good.
It is worth the time to watch it, while you wait for something better to drop.