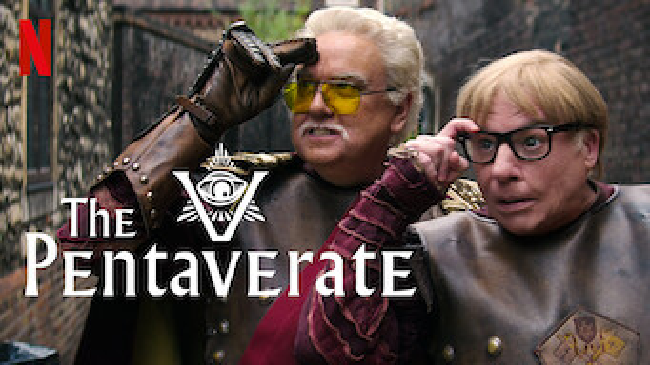 The Pentaverate is an American comedy streaming television miniseries created by Mike Myers for Netflix, inspired by conspiracy theories from his 1993 film So I Married an Axe Murderer. The series premiered on May 5, 2022, and consists of six episodes.

Since the Black Plague in 1347, five men have been working to influence world events for the greater good. One unlikely Canadian journalist finds himself in the middle of a mission to expose the truth and, in the process, saves the world.

2022 | TV-MA | 1 Season | TV Comedies
Starring: Mike Myers, Lydia West, Richard McCabe
Creators: Mike Myers
DJ’s Review:
If you like the comedy of Mike Meyers, then this is the limited series for you.  Six episodes of funny stuff, with Meyers playing most of the characters.