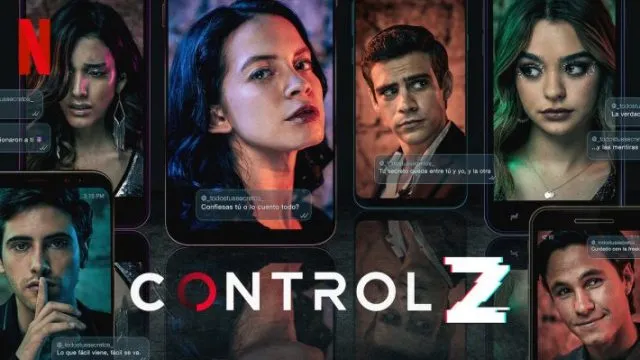 Control Z is a Mexican teen crime drama streaming television series on Netflix.  It is set in Mexico City.

During an assembly at Colegio Nacional (National School), a hacker exposes a student as transgender, outing and causing her panic and humiliation. The next day, the hacker reveals more students’ secrets which causes numerous teens to turn on one another. Sofía Herrera, an introverted teenager, tries to uncover who this hacker is before the dirt on her becomes public.  People get hurt, some killed, and the perpetrator(s) appear to be fluid.

2020 | TV-MA | 3 Seasons | TV Dramas
Starring: Ana Valeria Becerril, Michael Ronda, Yankel Stevan
Creators: Miguel García Moreno, Carlos Quintanilla Sakar, Adriana Pelusi
DJ’s Review:
There are three seasons to this story, and each season has a new villain that you have to guess.  HINT:  It is never the obvious ones, or the one you really want to hate.